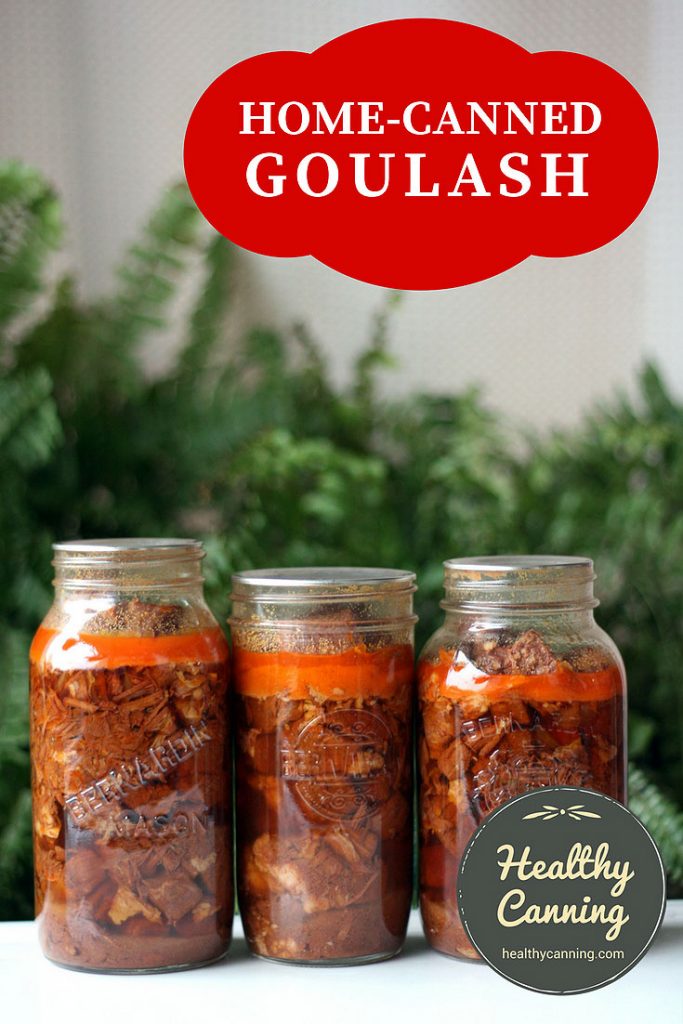 Your family may have its own traditional variation of goulash; you can customize this as you wish upon opening a jar.

You can use beef, or pork.

The recipe as written is quite high in sodium (1040 mg sodium per serving –the USDA’s suggested allowance is 1500 mg for an entire day), so you may wish to scale back the salt a bit. It is just there for seasoning and can always be added to taste at the table.

You may wish to double or triple this recipe to get a full canner load: if so, just do your calculations on paper first before proceeding so that you aren’t trying to do mental gymnastics in the thick of things. 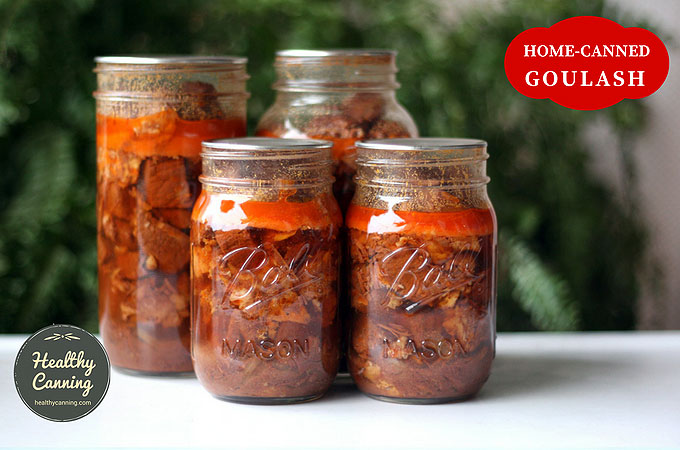 Note: The Bernardin Guide calls for 1 ½ cups (400 ml) of water and says the caraway seeds are optional; the Ball Blue book calls for just 1 cup (250 ml) of water and doesn’t list the caraway seeds as optional. Bernardin suggests pork leg roast can be used instead of beef. Ball calls for 5% vinegar acidity, but that would be just editorial habit: the acidity would of course be irrelevant in this pressure canning recipe with full meat processing times. 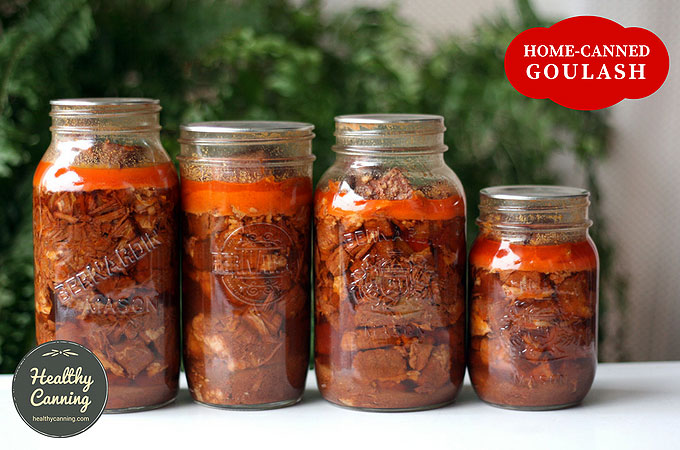 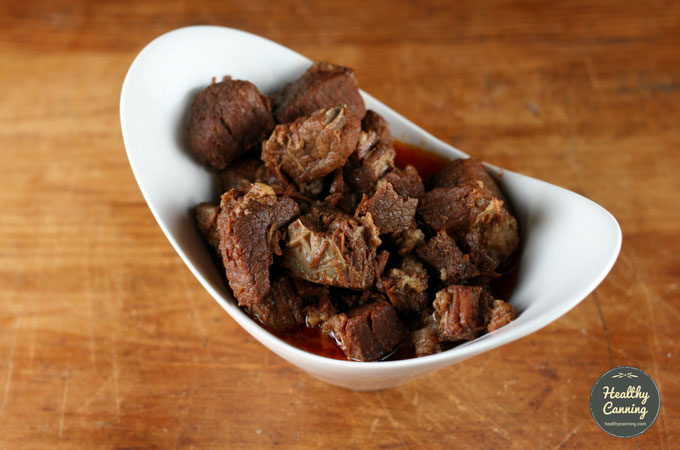 Goulash is served unthickened in a bowl.

A traditional accompaniment is crusty bread.

Sometimes noodles called “csipetke” (pinched) noodles are added. They are referred to as noodles, though they are more like small dumplings.

Here is how you would do that.

To make the noodles:

(To be clear, it’s not safe to add such dumplings before canning owing to the egg, and, because the flour would increase the density. Leaving that aside, they would absolutely not survive the pressure canning process anyway.) 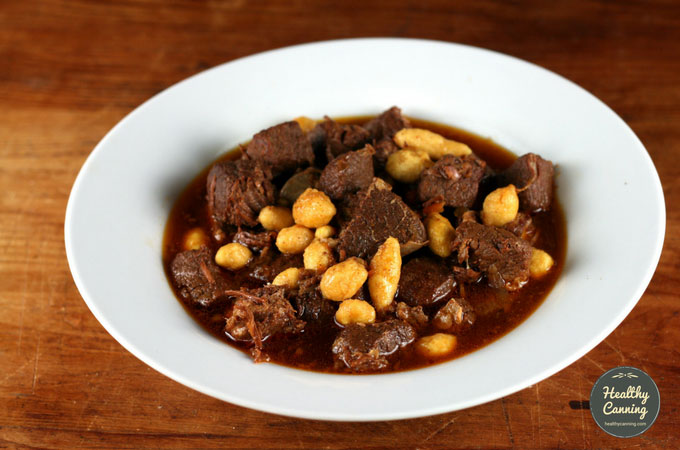 If you wanted to, and no one Hungarian were watching, upon opening you could thicken it with cornstarch or flour, and serve over a bed of egg noodles or shredded, cooked cabbage and onion. Or just toss in macaroni instead of the small dumplings and cook until soft. But you didn’t hear that here. 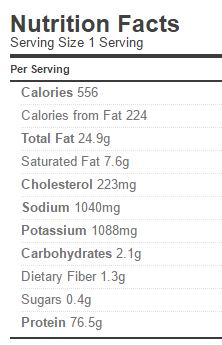 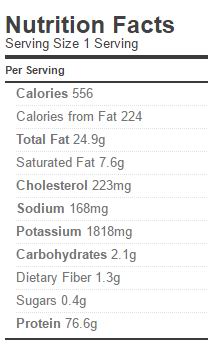 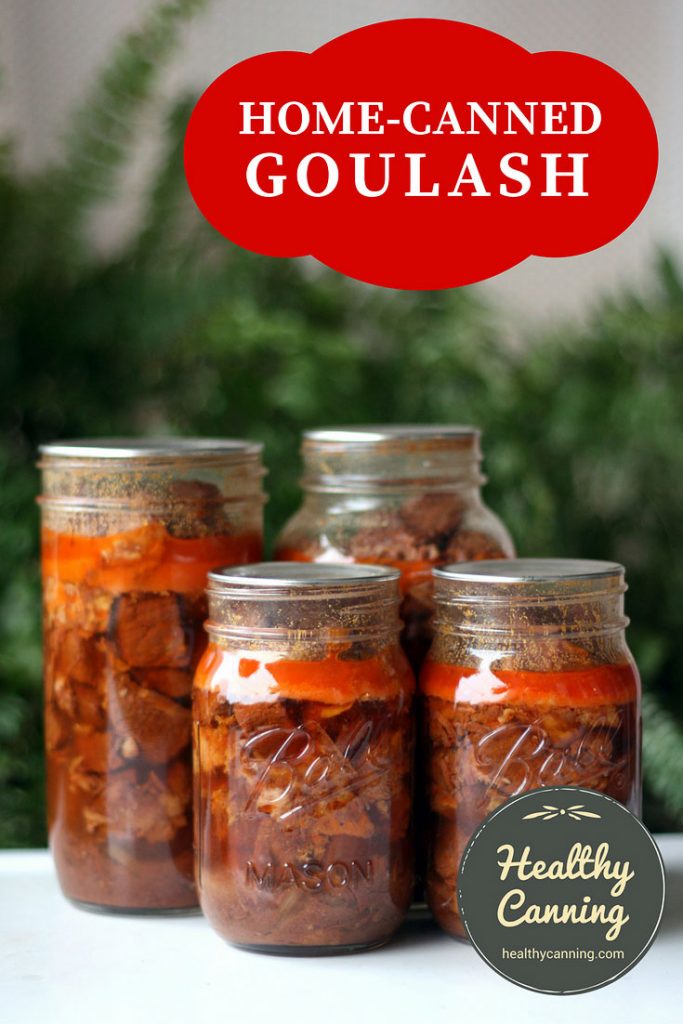