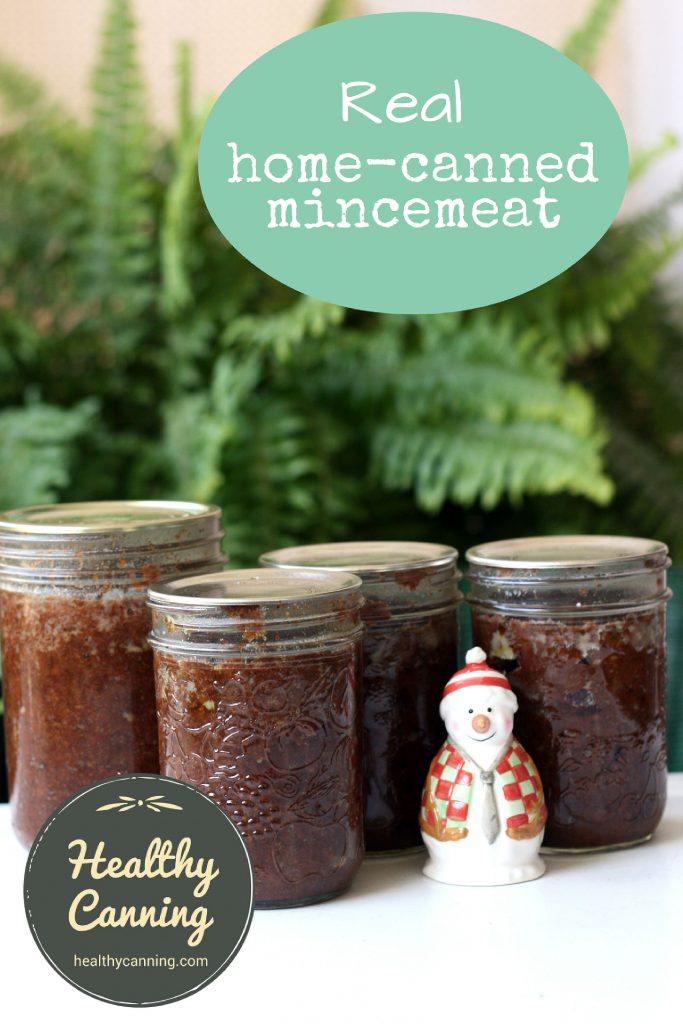 This home-canned mincemeat is wonderfully rich and laden with spices. Nothing will say Christmas like this mincemeat.

And yes, it’s the real thing — with actual meat in it.

This recipe is expensive to make, and labour intensive to assemble, which makes it everything that a truly luxurious Christmas treat should be.

You can use it for large pies, or for tarts (aka mince pies in the UK), or anything that calls for mincemeat.

When you open a jar to use at a moment’s notice during the holiday season, don’t feel guilty about how easy that just was: you paid your dues in advance.

This recipe comes from the USDA Complete Guide (2105) and also appears in So Easy to Preserve (2014).

This recipe makes a LOT. Unless you have hordes of starving mouths coming through your door during the holidays, you may want to cut it in half.

A half-litre (1 pint) jar will make 8 to 12 tarts depending on the size of the tarts and how generous you are with the filling. 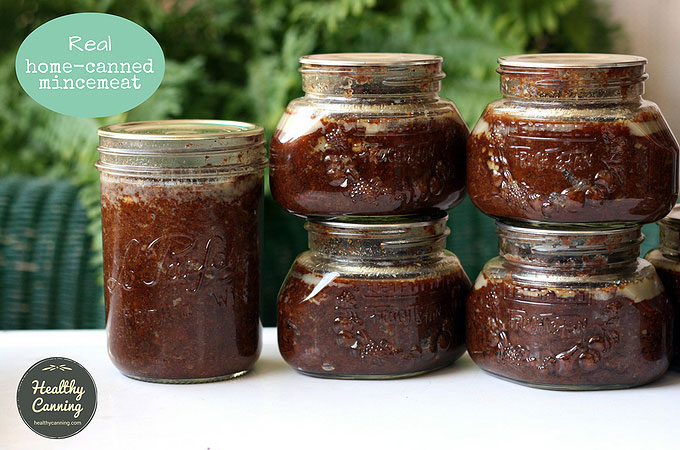 See also: Dial-gauge pressures, if applicable for your canner.

Click through if you’re interested in the story of mincemeat from a culinary, non-canning point of view.

For the grinding, what they mean is passing it through a meat grinder attachment such as the one shown below. If you don’t have a meat grinder, try pulse on a food processor. 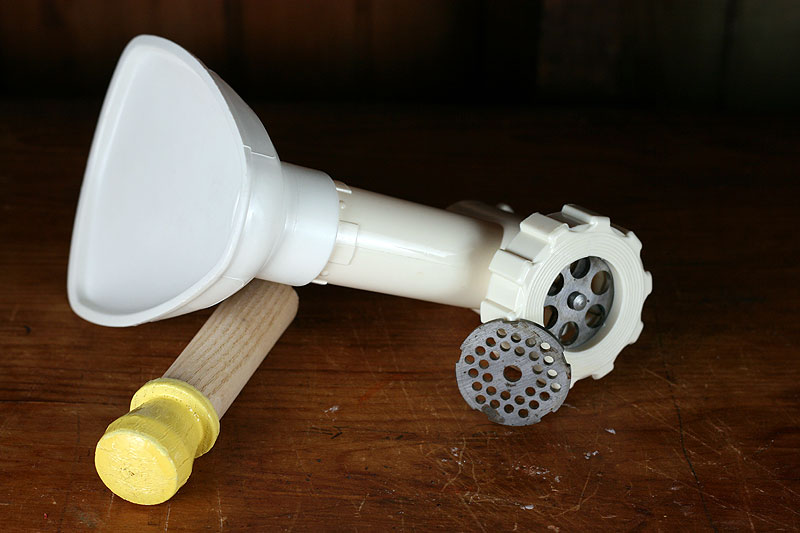 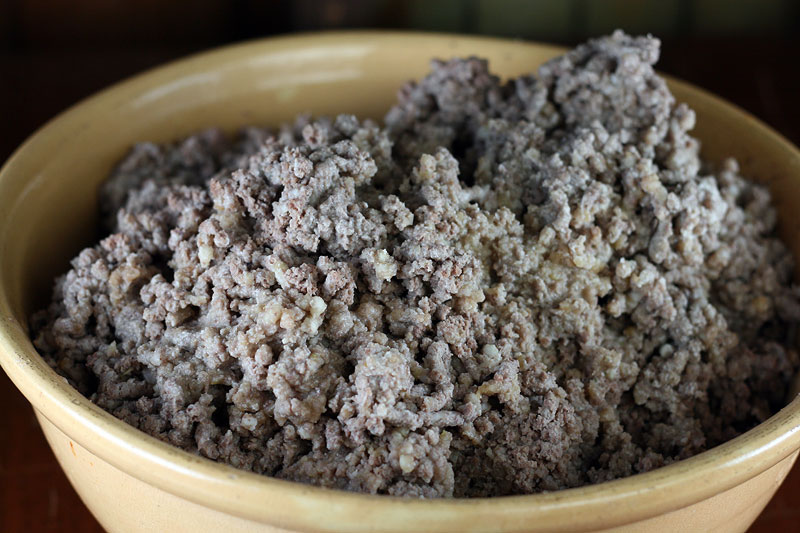 Your ground mixture will look like this before you start cooking with it. Don’t despair about the grey. The colour will deepen greatly on its own. 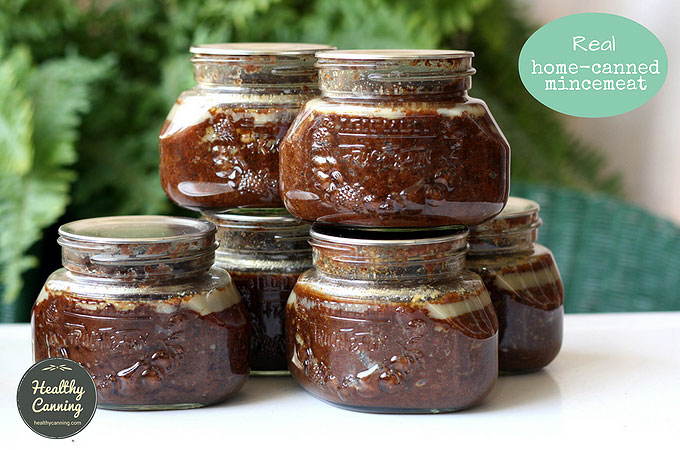 Mincemeat was first born in Elizabethan times. At that time in history, medieval cooking styles and tastes still lingered, with blurred lines between savoury and sweet. In a meat pie, you might put lots of fruit.

Mincemeat pies were banned during Puritan times, as they had traditionally been made in the shape of a manger (the Puritans didn’t like any symbols they considered associated with the Roman church.) When the pies reappeared after the Puritans, the pies took the round form they now still have.

This USDA recipe used here is perhaps more similar to an old Heinz commercial version than it might be to a British farmhouse version, with copious amounts of alcohol.

Like the Heinz version, the USDA version keeps the actual meat and suet, uses apples, two different types of raisins (golden and dark), and uses apple cider (though in vinegar form) instead of alcohol.

Heinz’s combination of two different types of raisins would have increased the appeal to housewives over making their own, as raisins were very expensive, and, after you bought them, you had to seed them yourself — one by one. 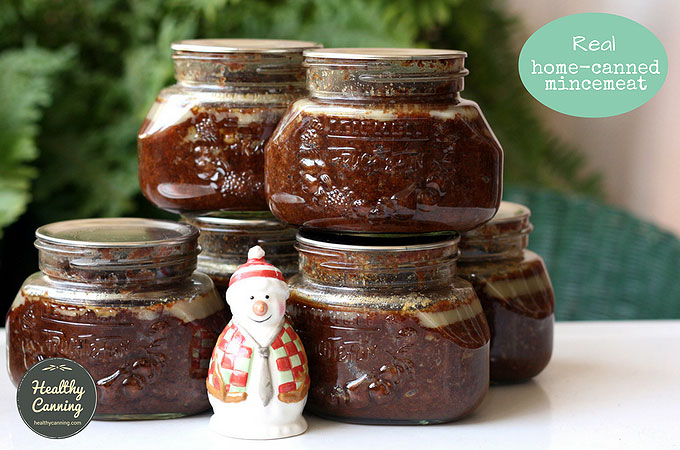 Since you are adding fat in anyway, does it matter if you use regular or a lean ground beef? Turns out, it still does. Your lowest-cal version is the “Sugar and salt-free with extra-lean ground beef”, in which the calories are reduced essentially to half. 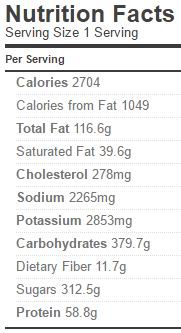 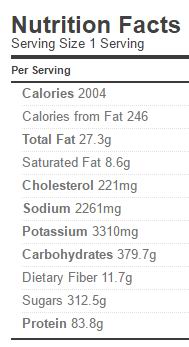 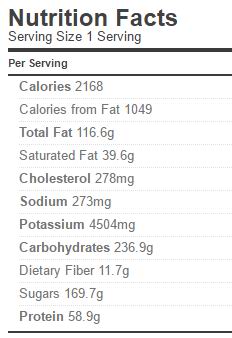 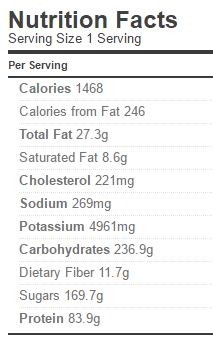 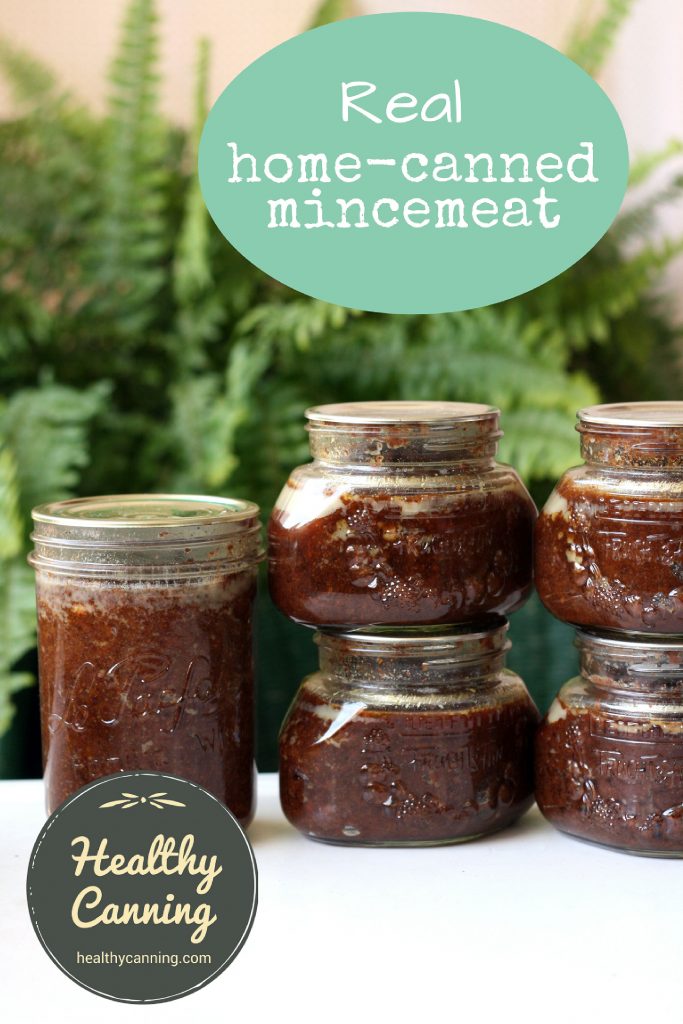