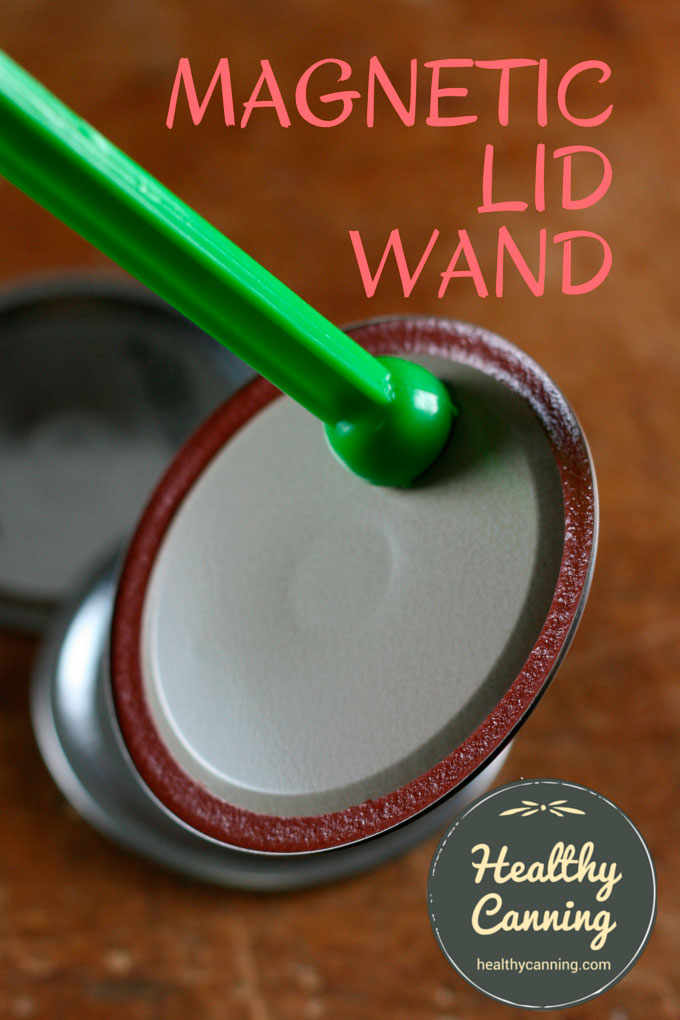 A magnetic lid wand is a simple device used to fish metal canning lids out of hot water.

What exactly are they for?

A magnetic lid wand helps you to lift a metal lid out of boiling water without scalding yourself. Mind you, you’re not supposed to be putting your metal canning lids in boiling water any more, nor do you even need to heat them in warm water anymore.

Part of the idea was also that by not touching the lid with your fingers, it helped to keep the lid more sterile.

Still, even though we do not boil or even heat metal canning lids anymore, a wand can still be useful for helping ensure that you are just getting one lid at a time, because the lids can cling together. And more than one person has canned — and got a seal — with a double metal lid, and been very surprised at opening the jar to find where the lid they were short of ended up. 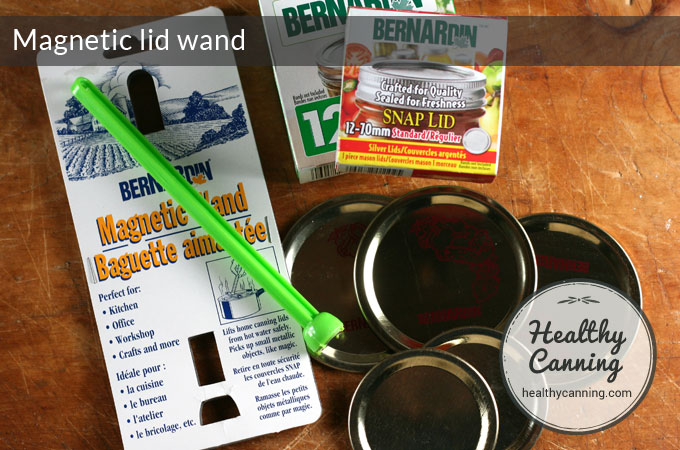 The wands are made by several different manufacturers. Norpro makes one, as does Jarden, which sells its wand under the names of Ball and Bernardin.

Some brands of wand, such as the Progressive International (aka PrepSolutions sometimes it seems) brand, are reputed to have slightly stronger magnets and to be a bit longer.

They are very inexpensive.

How to use a magnetic canning lid wand

Aim to have the magnet grip the lid by the shiny metal top side of the lid, as opposed to the coated underside. Some people have reported that they’ve managed to scratch the coating with a wand.

The wands seem to pick up a metal lid more successful when you go for the edge of a lid, rather than the centre: particularly the slightly heavier and wider wide-mouth metal lids. 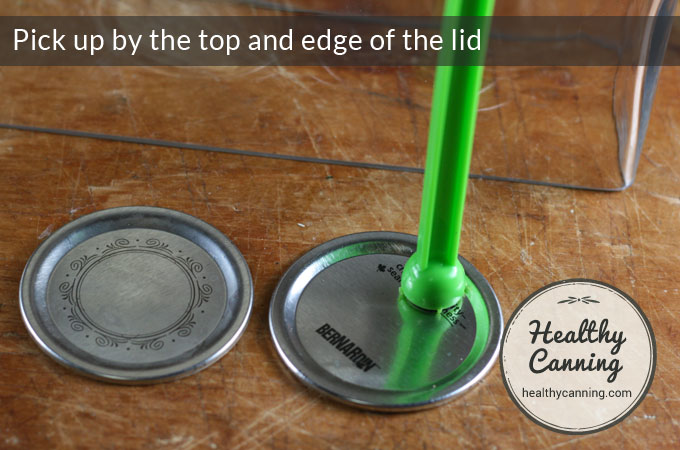 Lift by the top of the lid rather than the underside, and aim for the edge for better heft.

The magnet isn’t overly strong and really can’t pick up much more than a metal lid, as advertised.

Obviously, the wands do not work with the plastic Tattler lids! 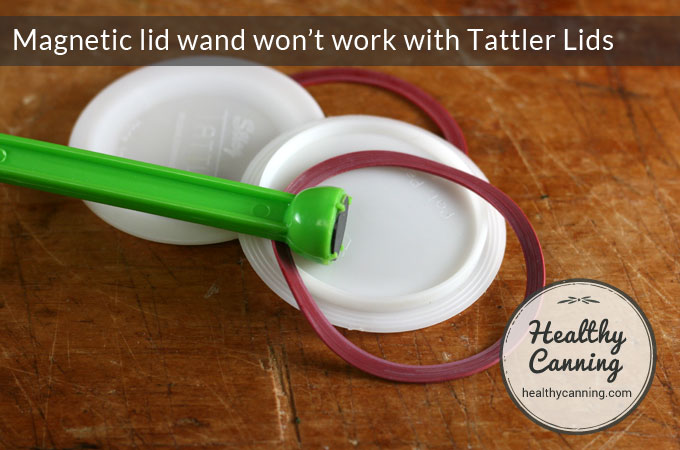