The composition of a list of unsafe home canning practices will vary depending on who you ask, and how many people you ask.

There will be some major dangers on the list. No doubt, though, a committee could stretch the list to pages long with many additional minor or rare unsafe practices.

This list is just meant to be the high level, major items that reputable home canning authorities would agree upon.

With those caveats in mind, Healthycanning.com proposes that the greatest unsafe canning practices are, in alpha order:

1. Aspirin or other pill canning

“No to Canning Pills: ‘Canning pills’ went out with corset-covers. Old manuals might suggest that salicylic acid (read this ‘aspirin’) be dropped in each canning jar before it was capped. Such things never helped then and would not help now. No preservative added can offset dirty handling or inadequate processing.”  [1] Hertzberg, Ruth; Greene, Janet; Vaughan, Beatrice (2010-05-25). Putting Food By: Fifth Edition (p. 61-62). Penguin Publishing Group. Kindle Edition.

“No to Canning in a Crockpot: We don’t know who could have advocated this, since we have never seen any such claims in print by the makers of Crockpots. But it has come up several times in letters to PFB, usually from writers who say they hope it’s safe, because they felt that slow-cooking was more likely to preserve nutrients than subjecting the food to heats like 240 F/116 C. All we need to say about a Crockpot is that if it’s on a long low-heat setting, chances are that the nastier micro-organisms will be encouraged to grow and breed like mad, and what else should you expect?”  [3] Hertzberg, Ruth; Greene, Janet; Vaughan, Beatrice (2010-05-25). Putting Food By: Fifth Edition (p. 62). Penguin Publishing Group. Kindle Edition.

Processing canned foods during a dishwasher cycle can be dangerous. The temperature of the water during the cleaning and rinsing cycle is far below that required to kill harmful microorganisms. Thus the product will be under-processed and unsafe to eat.” [4] PennState Extension. Canners and Canning Methods that are Not Recommended. Accessed March 2016.

Just putting something in a bottle, slapping a lid on it, and if a seal takes hold, considering it done and putting it on the shelf.

Taking a short-cut by trying to process bottles in an oven.

Not following preparation and processing methods and times exactly, including any altitude adjustments required for your location. Following directions that you or someone else have just made up through guess work and reasoning.

9. Recipes — out of date or untested

And from Isabel D. Wolf, of the University of Minnesota, about home-canning recipes: ‘avoid following the home-canning advice of celebrities, old cookbooks, ‘back to nature’ publications, and out-of-date home-canning leaflets. Some potentially dangerous instructions can be found in old official publications, even those of this state!’ ”  [5] Hertzberg, Ruth; Greene, Janet; Vaughan, Beatrice (2010-05-25). Putting Food By: Fifth Edition (p. 45). Penguin Publishing Group. Kindle Edition.

Using the heat of the sun to heat up a box in which you place the jars for procesing.

11. Water-bath canning instead of pressure canning

Past those points above, though, once you start to expand the list from there, internecine wars start to break out even amongst the “safe canning police” people about venial versus mortal sins.

The greatest home canning danger of all

Out of the above list, the greatest danger of all perhaps is in not pressure canning something that must be pressure canned:

…because in almost every account of an outbreak of food-borne botulism, the Editorial Note deduces that ‘inadequate processing’ or ‘inadequate heating’ allowed the toxin to form, with the help of a bad seal. Spelling it out, this means that low-acid foods that should have been pressure-processed were merely given a Boiling–Water Bath; and that strong-acid foods—which should have been given a Boiling–Water Bath to sterilize container and heat contents adequately—were canned instead by “open-kettle,” or worse.”  [6] Hertzberg, Ruth; Greene, Janet; Vaughan, Beatrice (2010-05-25). Putting Food By: Fifth Edition (p. 60). Penguin Publishing Group. Kindle Edition. 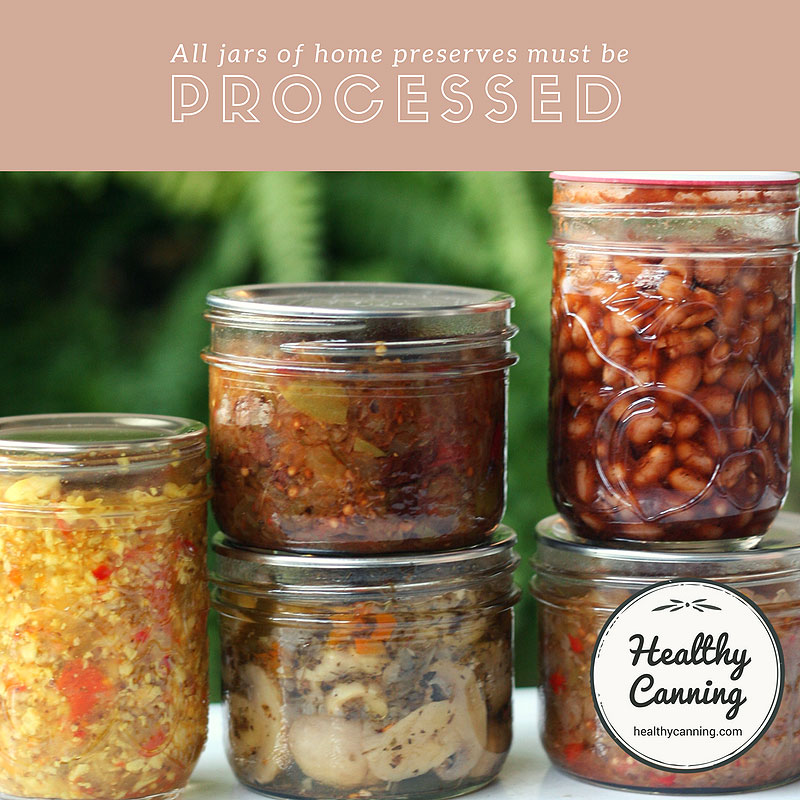 All jars of home preserves must be heat processed

All jars of preserves meant for shelf-stable storage require heat processing of the filled, sealed jar. No matter how much you sterilize a jar in advance, cook the food before, or how much sugar or vinegar is in your recipe. 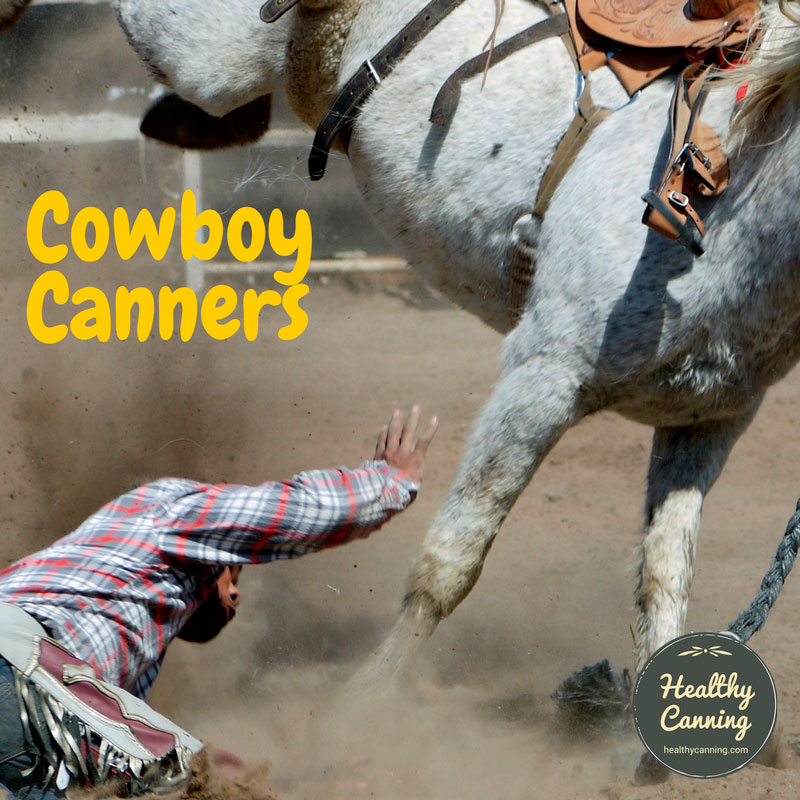 Cowboy canners will stick anything in a jar, close the lid, stick it on a shelf to fester, then feed it to people. They purport to trust in the "good old ways" of canning, take delight in mocking any caution or safety practices, and approach canning with... 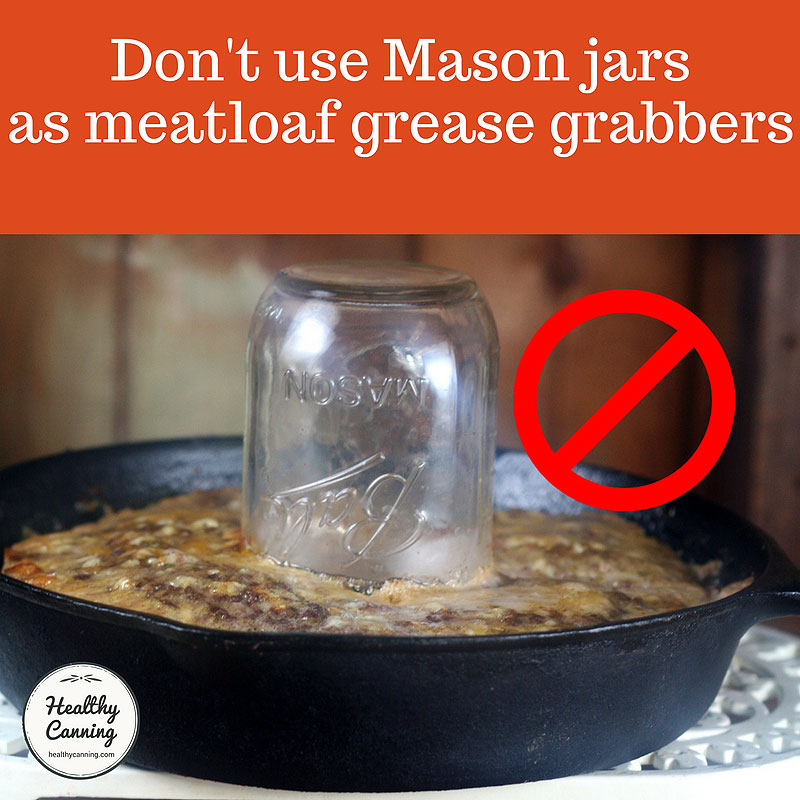 Do not use Mason jars as meatloaf grease grabbers

An Internet "tip" has emerged which involves using a Mason jar as a "grease grabber" to suck up grease out of meatloaves. Both Ball and Bernardin actively recommend against using their Mason jars for this. 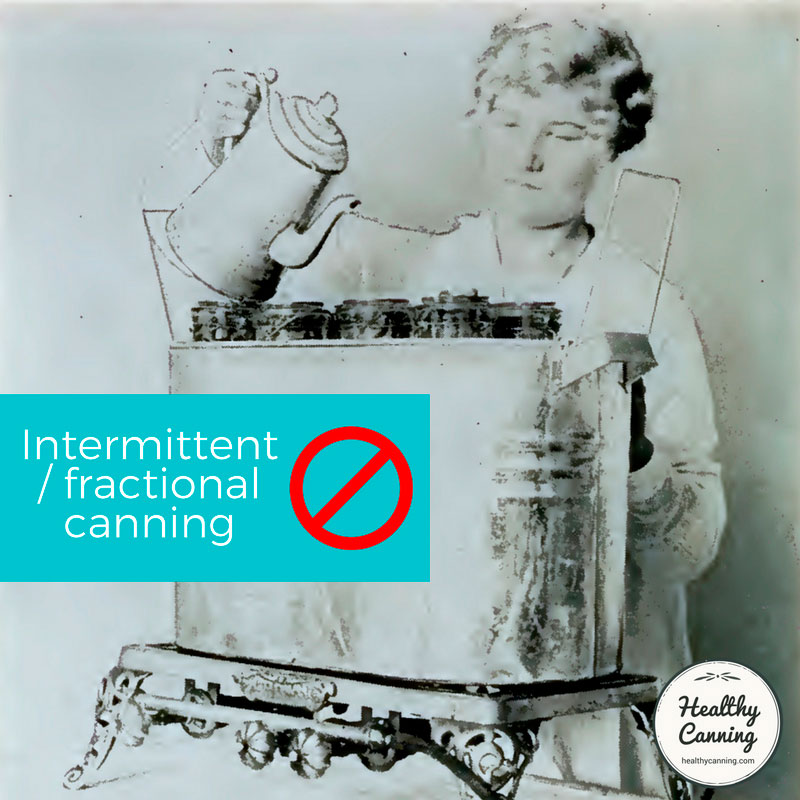 A bizarre canning method known as "fractional sterilization" or "intermittent processing" encouraged bacteria to colonize your jars of canning three days in a row. 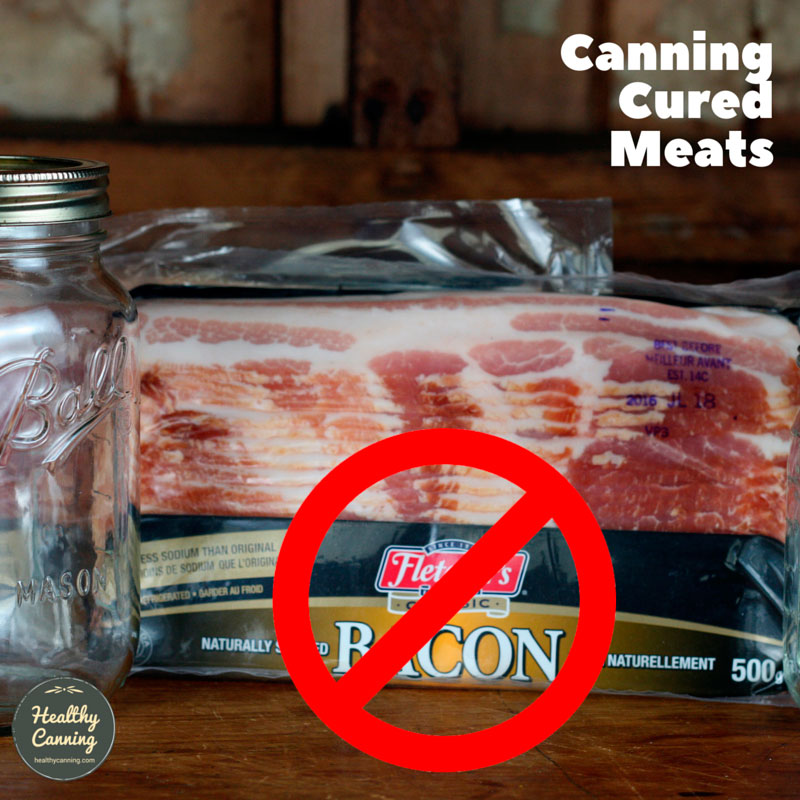 Home canning authorities say not to home can cured meats. The issue is that curing changes the density of the meat, and that that changed density has not been tested for safety. 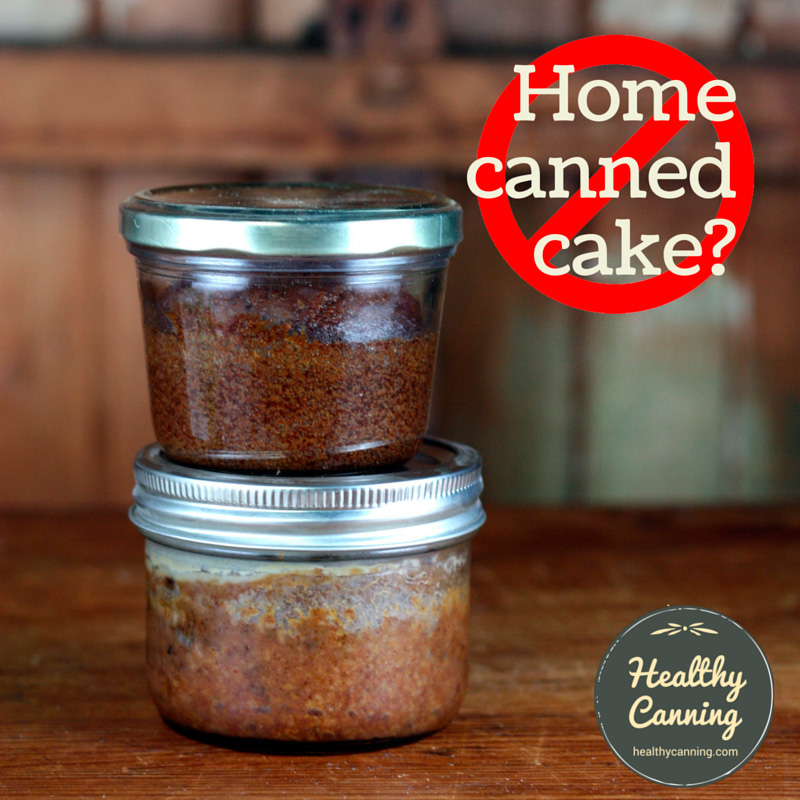 You cannot safely home can bread or cake. If someone gives you home canned cake, assume it is unsafe to eat and discard it in a manner that not even animals can consume it. 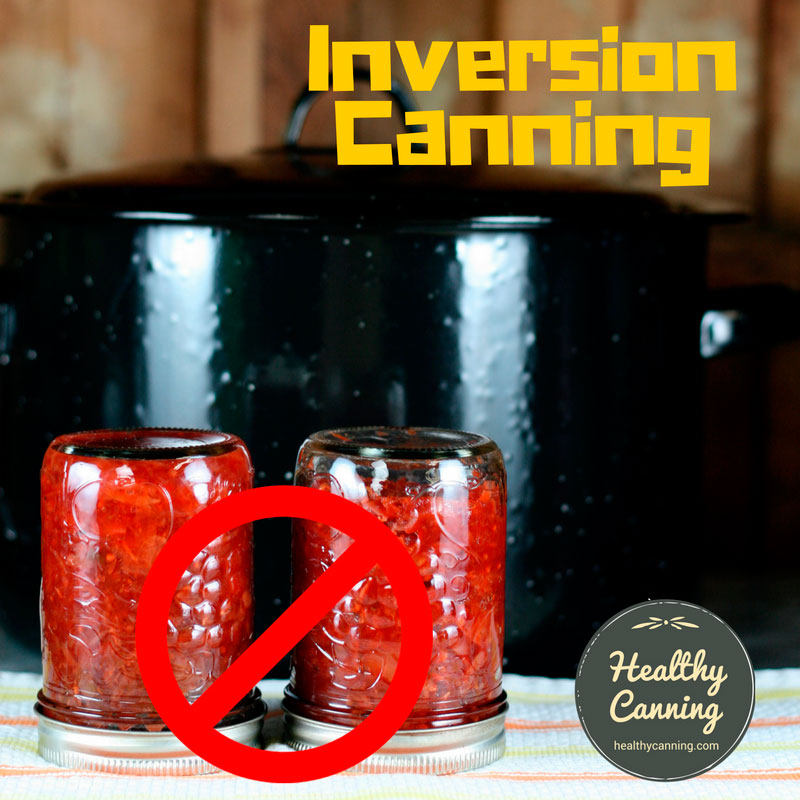 Inversion canning is not canning because no canning process has happened. Both open kettle canning and inversion have now been discredited and proven unsafe and are strongly recommended against. 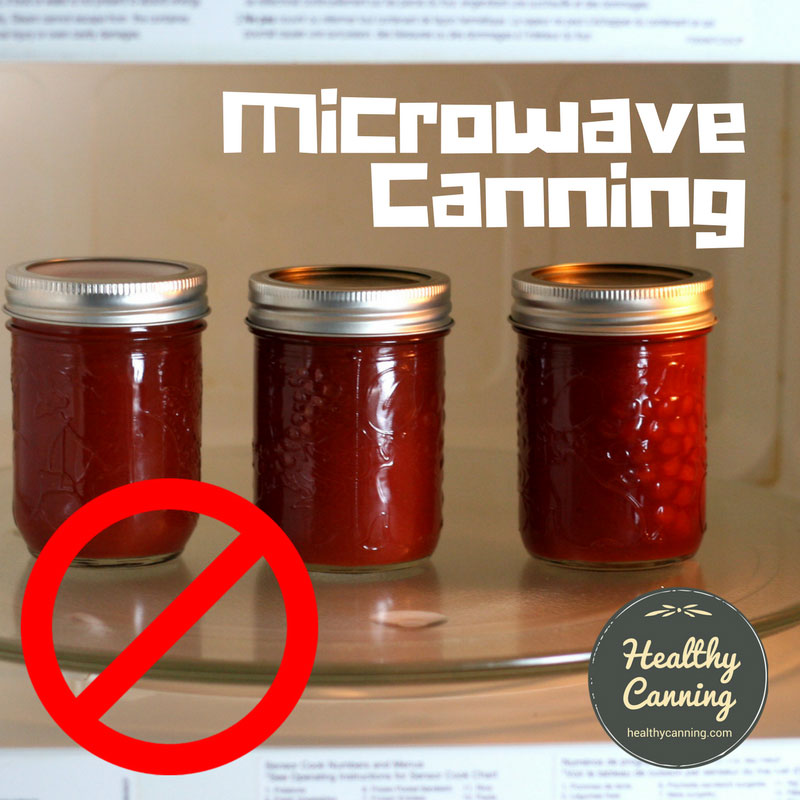 Do not attempt to use a microwave to do home canning in. The resultant product will not be safe. 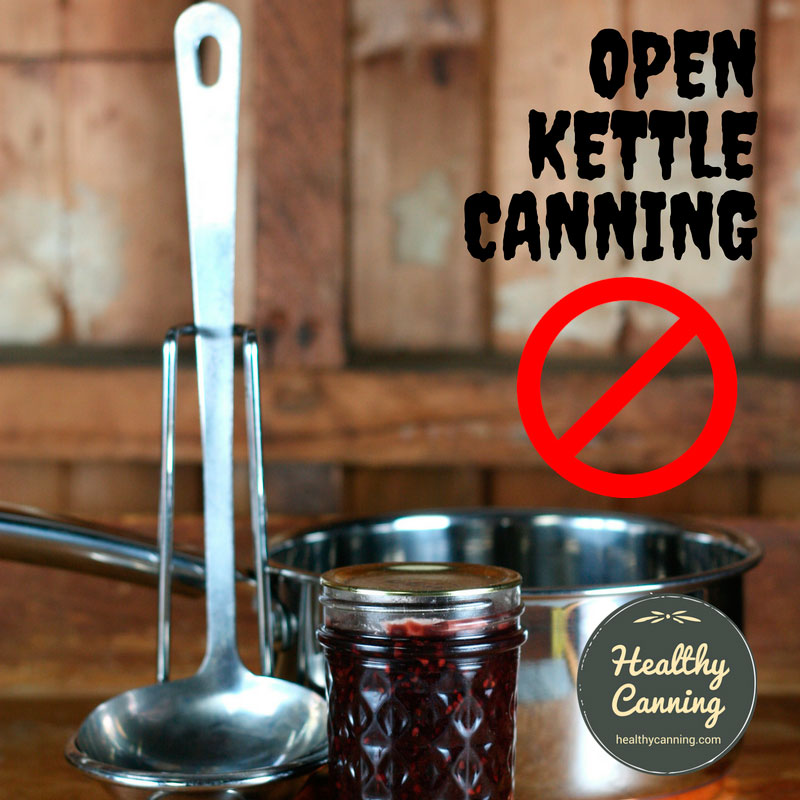 Open-kettle canning is just putting hot food in a jar and slapping a lid on, with no further processing of the jars. It leads to a lot of food wastage and illness. 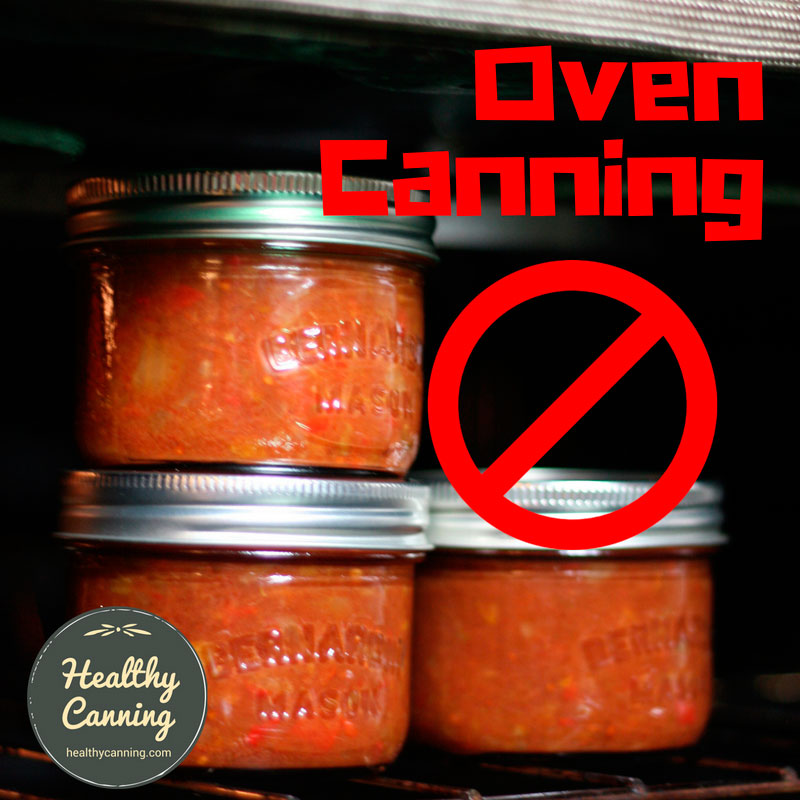 Promoted from time to time as a "new" home canning technique, "oven canning" is actually an old technique. It has been around since at least the 1920s -- and it has been discredited and advised against since the 1940s. It involves "baking" your... 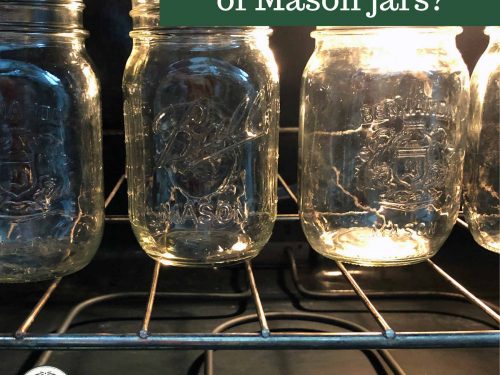 Oven sterilization of jars for home food preservation is no sterilization at all, and is not safe. All food authorities including the actual manufacturers of Mason jars recommend against it. 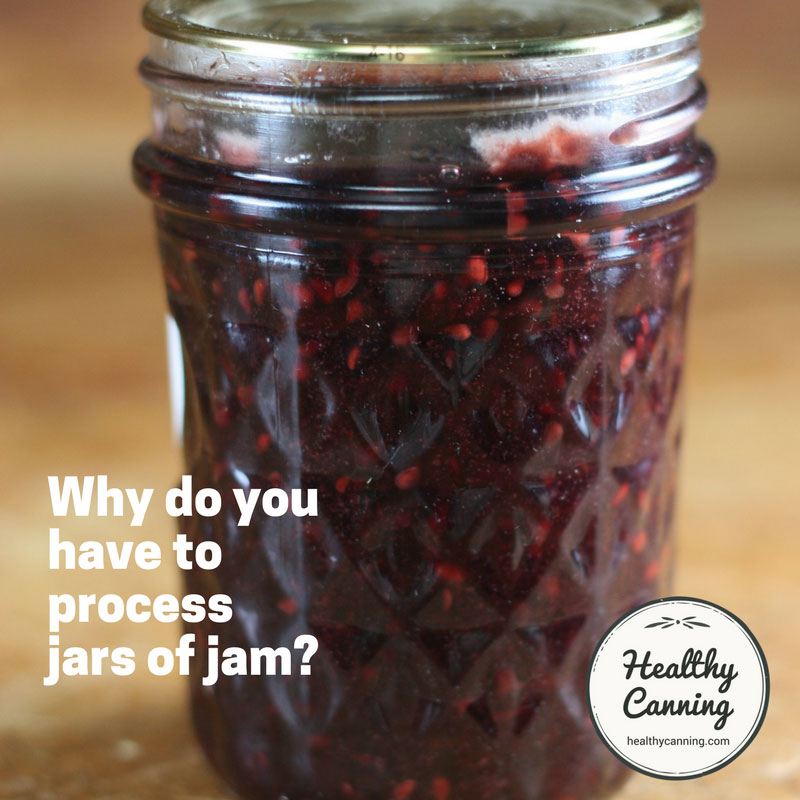 Why do you have to process jars of jam?

Some people ask why jars of jam must be heat processed after bottling, in either a hot water bath or a steam canner. Doing so provides a safer, higher quality product.