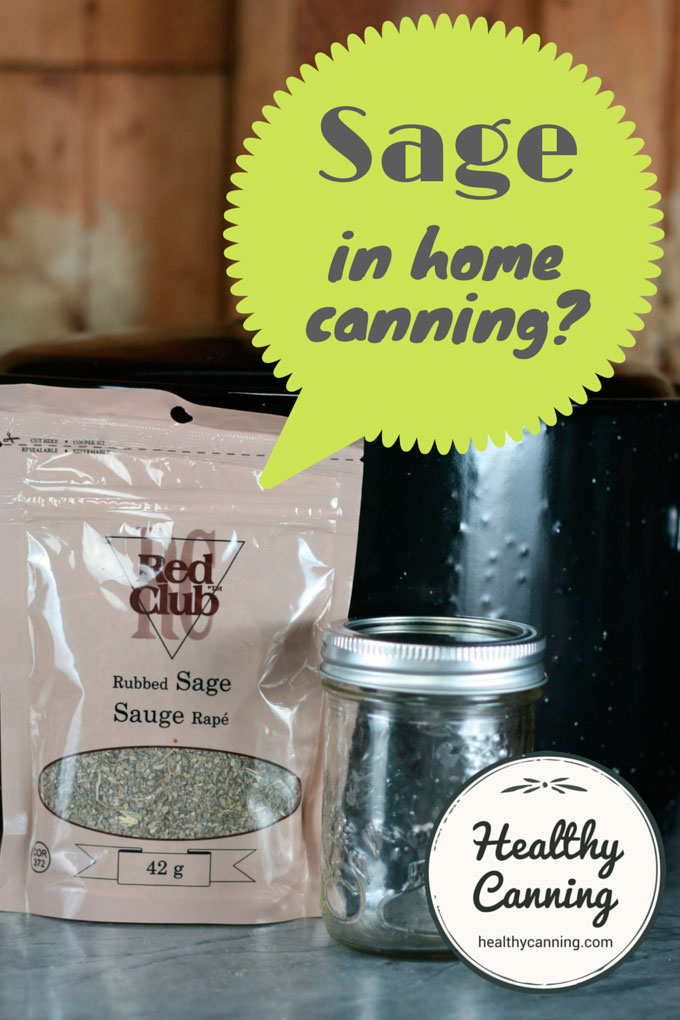 You will see in many places a recommendation not to use sage in home canned goods.

It’s not a safety issue, but a taste issue, reputedly.

What the established authorities say

The University of Alaska, however, recommends sage for home canned fish.

Their recommendation is ½ teaspoon of sage per ½ US pint (¼ litre) jar of fish being canned.

History of the recommendation

The recommendation against sage dates from at least 1936.

Headcheese may be made from a hog’s head, tongue, and heart, according to any good recipe but omitting the sage. Pack the headcheese hot into containers and process….. Follow any tested formula for preparing the sausage, but omit the sage for that gives the sausage a bitter flavor after processing.”   [5] Stanley, Louise and Mabel C. Stienbarger. Home canning of fruits, vegetables and meats. USDA Farmer’s Bulletin No. 1762-F.  September 1936. Page 36. Available at https://archive.org/details/CAT87205286

The recommendation was carried forward into the USDA’s 1945 “Home Canning of Meat” (AWI – 110). And then, brought forward as part of the amalgamation that was done in 1988 when the Complete Guide was compiled.