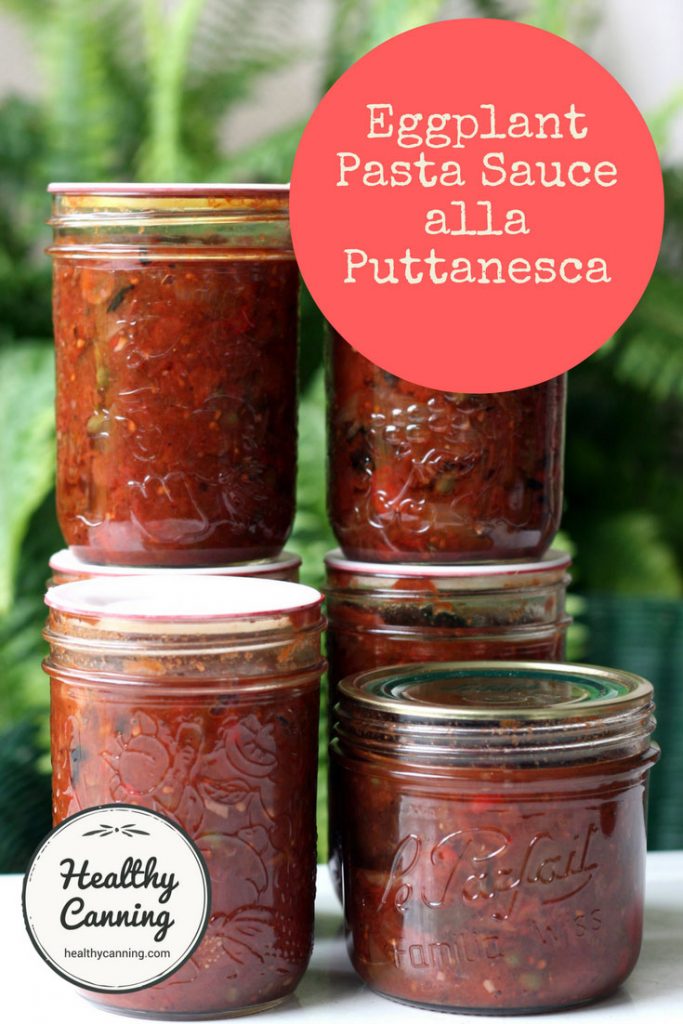 This is a version of puttanesca sauce for home canning.

Puttanesca sauce originated in southern Italy sometime in the 1950s or 1960s. Traditional versions of it include tomatoes, anchovies, olives, caper, garlic and olive oil. The sauce is typically served with spaghetti, though linguine or vermicelli are not uncommon, either.

This version is from the Ball All New book. Ball omits the olive oil, presumably to keep it safer for home canning. They add bell pepper, which one Sicilian variant does use. But, they also add roasted eggplant which, though non-traditional in any version, is a delicious addition.

Owing to the chunkiness imparted to the sauce by the eggplant, you might want to try this with penne or bucatini pasta (which are also traditional with puttanesca.)

And yes, the word “puttanesca” is of scandalous origin in Italian.

NOTE: Ball has issued a correction to the recipe. The version in the 2016 print version does not call for vinegar. Now, they do want you to add vinegar — and it is not optional.

This does give the recipe a slightly vinegary taste.

See all pasta-sauce recipes for canning. 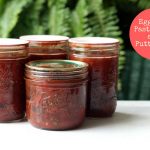 For salt substitute, Herbamare Sodium-Free was used as it is non-bitter and non-clouding.

NOTE: October 2016. Ball made adjustments in the online version of this recipe, adding balsamic vinegar (125 ml / 4 oz) and increasing the processing time (from 35 to 45 minutes). The printed version in the book omits the vinegar, and uses a processing time of 35 minutes. We asked Ball through Facebook about this, and got this reply:

Thanks for reaching out to us! Double checked this for you and both recipes are safe when followed. Extra time was added for insurance but you can use either one – it’s up to you. [1]Ball to Randal Oulton. Facebook. 19 October 2016

Since then, sometime around 2018, on the web version of this the “optional” was dropped on the vinegar, making it mandatory. You would probably want to use a very good quality balsamic, to lessen the vinegary taste as cheaper imitation “balsamic” vinegars can be just regular vinegars, coloured. 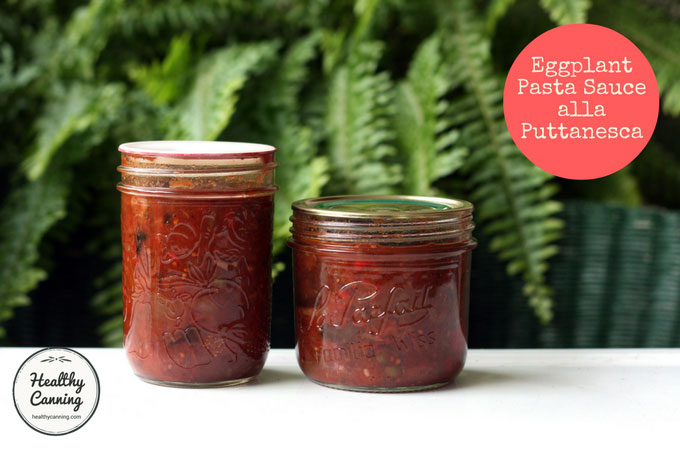 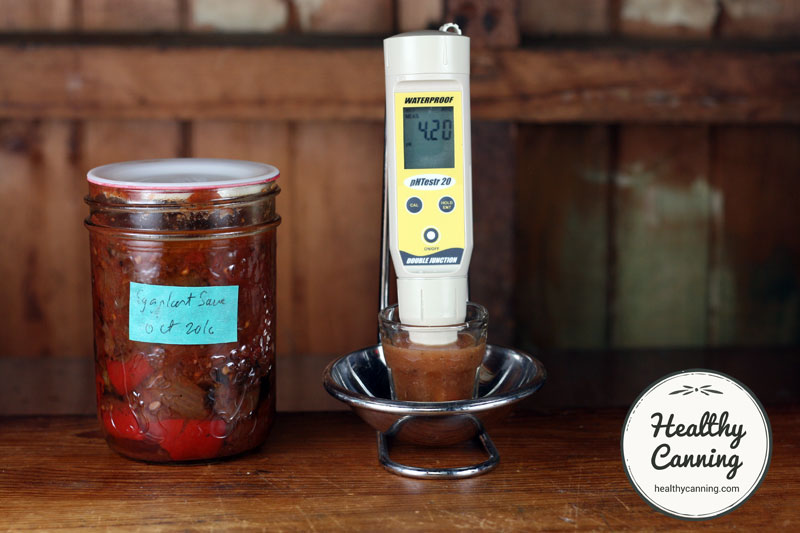 We first made this using the original recipe as printed in the 2016 book.

We measured the pH of this 24 hours after canning in October 2016, with none of the “optional” vinegar added; it showed 4.2 on an equilibrium of solids and liquid combined.

The red wine used was just a bottle of standard table plonk, “Fantini Farnese Montepulciano D’Abruzzo.” It had a tested pH of 3.52 (Measured October 2016.) 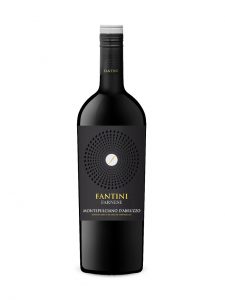 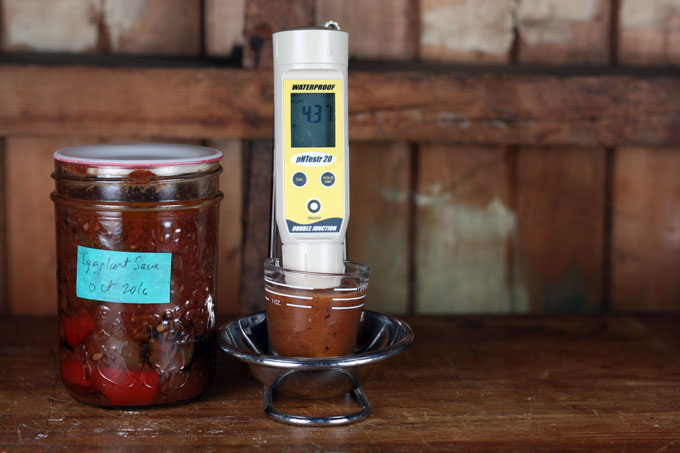 We made it again a second time adding the newly-called for vinegar. The pH came down to under 4, but we didn’t like the vinegary taste and discarded it. That being said, of course your taste buds may not mind it: taste is a very personal thing. Why could Ball not have developed this with citric acid or lemon juice instead of vinegar? 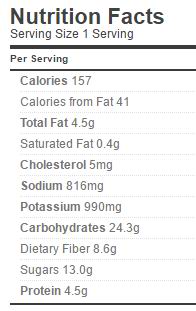 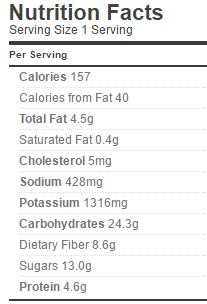 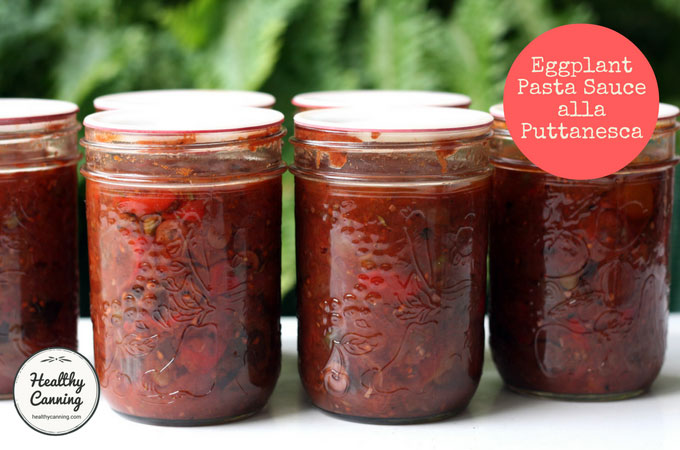