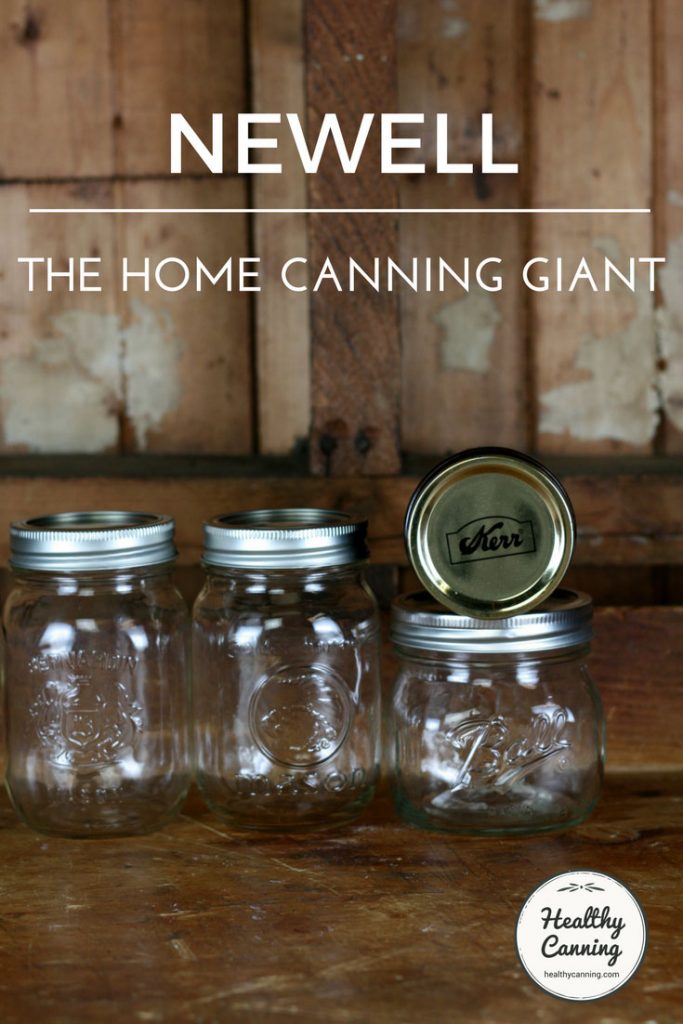 Newll is a company that produces most of the mason jars and mason jar lids for North America. They do so under the following brand names: Ball, Bernardin, Golden Harvest, and Kerr.

Newell also produces associated supplies for the home canning market, as well as the Ball and Bernardin canning recipe books which are regarded as reputable and authoritative.

Newell around the world

Newell operates a combined web-site for Ball and Kerr at: https://www.freshpreserving.com/

Newell is the third name for the corporate conglomerate. The company was originally called Alltrista. Alltrista was created in April of 1993 as a spin off company from Ball Corporation to own and make Ball products under licence. Nine years later, in May 2002, the name was changed to the invented name of “Jarden.”

The Wikipedia entry for Jarden (as of 17 March 2015) explains the meaning of the corporation’s first two names, Alltrista and Jarden:

The company was renamed in May 2002. The company’s previous name, Alltrista, was created by dropping the “B” from Ball and the “Minne” from Minnetrista, the street on which the Ball family had grown up in Muncie, IN. Between 1993 and 2001, as a public company, Alltrista did not perform well and, after Martin E. Franklin and Ian G.H. Ashken joined the company in 2001, Mr. Franklin decided to change the name of the company to something that represented not only the company’s heritage, but also its future. The company did not hire any consultants to assist with the naming process. Martin Franklin conceived the Jarden name by combining the heritage of the Ball “Jar” with the concept of products being used in the home (the “den”). The coinage of “Jarden” also invoked the connotation of the French word for garden (jardin), since the company planned to expand its product range outside the home.”

In 1994, the company acquired Bernardin in Canada, and the Fruit-Fresh brand product line.

In 1996, the company acquired the Kerr company, closing production in Jackson, Tennessee and consolidating Kerr and Ball production in Muncie, Indiana.

In 1998, the Golden Harvest line of canning products was introduced.

In 2013, Jarden bought a company called Penley which amongst other things was selling some Mason jars (made in China for them), but Jarden shut down Penley’s Mason jar line.  [1] “He said he said he was surprised to find the Penley lids, since the company had decided to get into making fruit jars and shipped in a supply made in China, but before they could be sold they were bought out by Jarden. The inventory sat in the warehouse for a while before the decision was made to destroy the inventory.” — Midwest Antique Fruit Jar & Bottle Club. Midwest Glass Chatter – October 2013. Accessed March 2015 at http://www.leaderjar.com/glasschatter/Glass%20Chatter%20October%202013.pdf

Jarden’s headquarters were first in Muncie, Indiana; then in Indianapolis, Indiana;  [2] Company history of Alltrista Corporation, International Directory of Company Histories. Accessed March 2015 at https://www.fundinguniverse.com/company-histories/alltrista-corporation-history/ then in Rye, New York, and then as of 2014, in Boca Raton, Florida.  [3] “After years of moving its employees south, Jarden Corp. has officially switched its headquarters to Boca Raton to give the city another major corporate player to boast about. Formerly based in Rye, N.Y., the company (NYSE: JAH) changed its headquarters address in public filings to 1800 North Military Trail several months ago, spokeswoman Rachel Wilson said. It still has offices in both cities, but its larger workforce is in Boca Raton, she said.” — Bandell, Brian. Company with $7B in sales now calls Boca Raton home. South Florida Business Journal. 13 March 2014. Accessed March 2015 at https://www.bizjournals.com/southflorida/news/2014/03/13/company-with-7b-in-sales-now-calls-boca-raton-home.html?page=all

Tidbit for Canadians: Jarden had a contract to supply penny blanks to the Royal Canadian Mint until 2016.  [4] Jarden Corporation Annual Report filing with the US Securities and Exchange Commission. 31 December 2013. Commission File Number: 001-13665.

In 2016, Jarden was acquired by Newell Rubbermaid in a move that was branded a “merger.” The “merged” company renamed itself to “Newell Brands.” 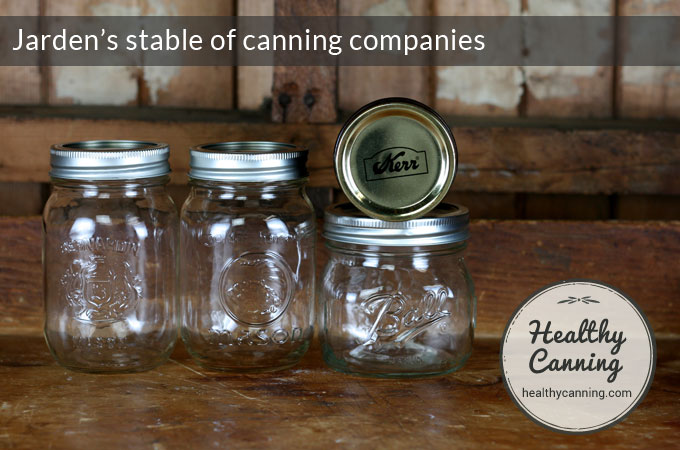