One low-level but constant question that people have is just how tightly to screw the canning ring bands onto mason jars for processing.

The phrase usually given as the answer, “finger-tip tight” seems to answer the question at first, but a few seconds later people are back where they started, wondering exactly what that actually means, and second-guessing themselves each time they do it.

In 2012, Jarden released its “Sure Tight™ Band Tool” under the Ball® brand name.

It’s designed to help you apply a ring band with just the right amount of force.

You place it on, and then turn until two arrows meet each other, indicating the optimal tightness.

Here is a video of it in action:

The Sure Tight™ Band Tool can also be used to remove the bands afterwards, and the lids, which can be helpful for canners whose wrists are starting to need just a little break from time to time.

Some long-time canners say they find have find the tool fiddly to use. Other people say it has helped them immensely, and some with arthritic hands have said they really appreciate it.

Their purpose was quite different, however: they were designed to hold the bottle, while you manually tightened the canning ring band. 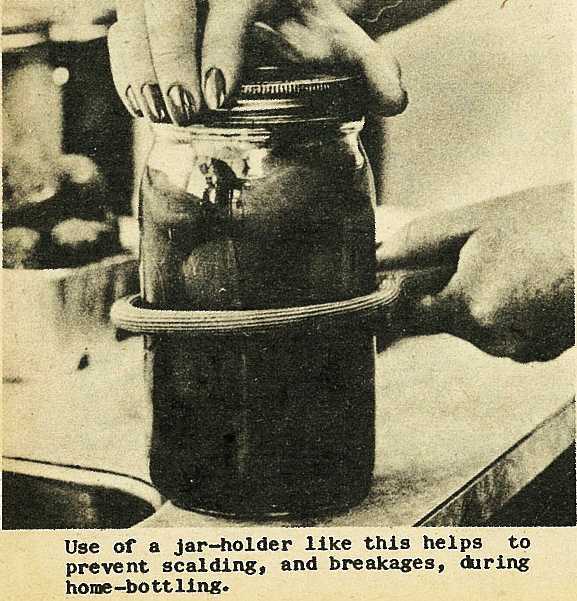 The above one was sold by PerfitSeal in New Zealand.