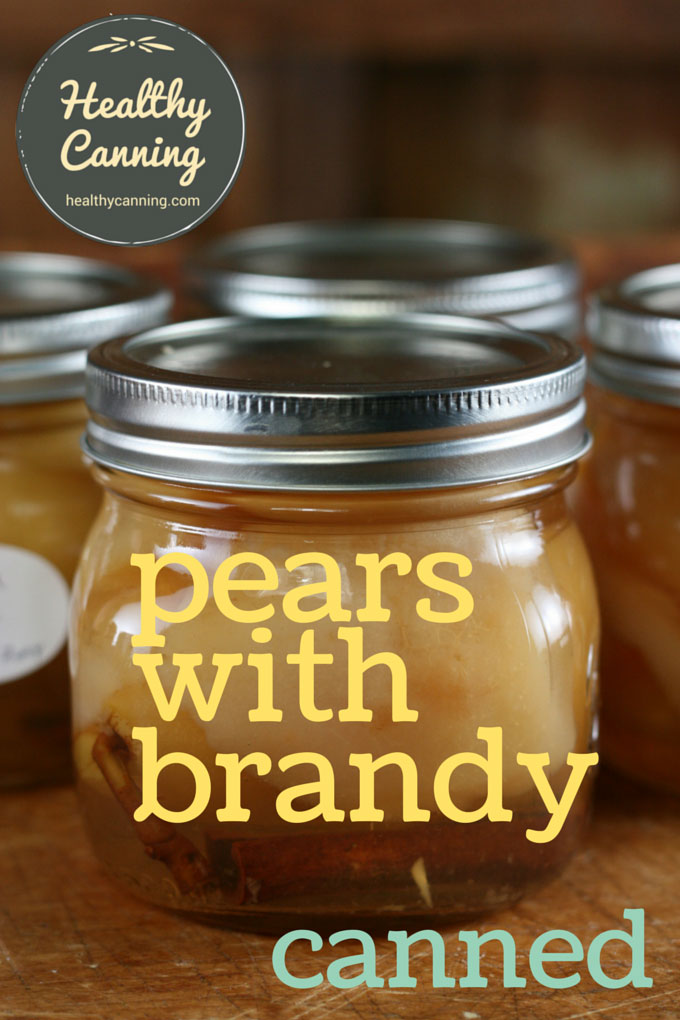 Jars of these home-canned brandied pears seem like extravagant Christmas gifts to the recipient, but are really quite economical to make.

It’s not quite a sugar-free recipe, as there is of course a great deal of sugar in the apple juice, but there’s no added sugar.

One of these pear halves is delicious with a dollop of fat-free Greek yoghurt on it.

This recipe is a Ball recipe — “Cinnamon Pears” — with the added idea of brandy extract. 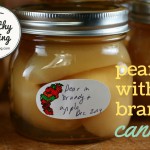 More information about Sugar and Salt-Free Canning in general. 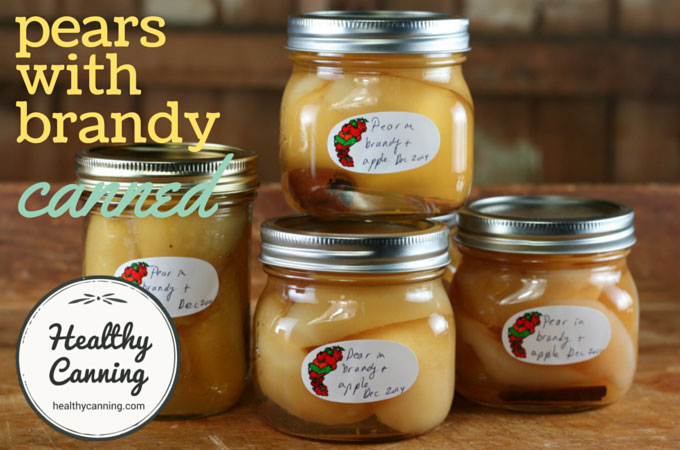 (Nutrition based on assumption that a pear has absorbed 1 tbsp apple juice.) 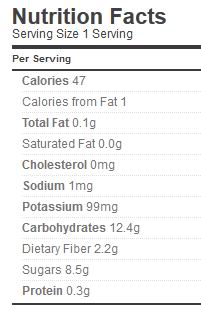 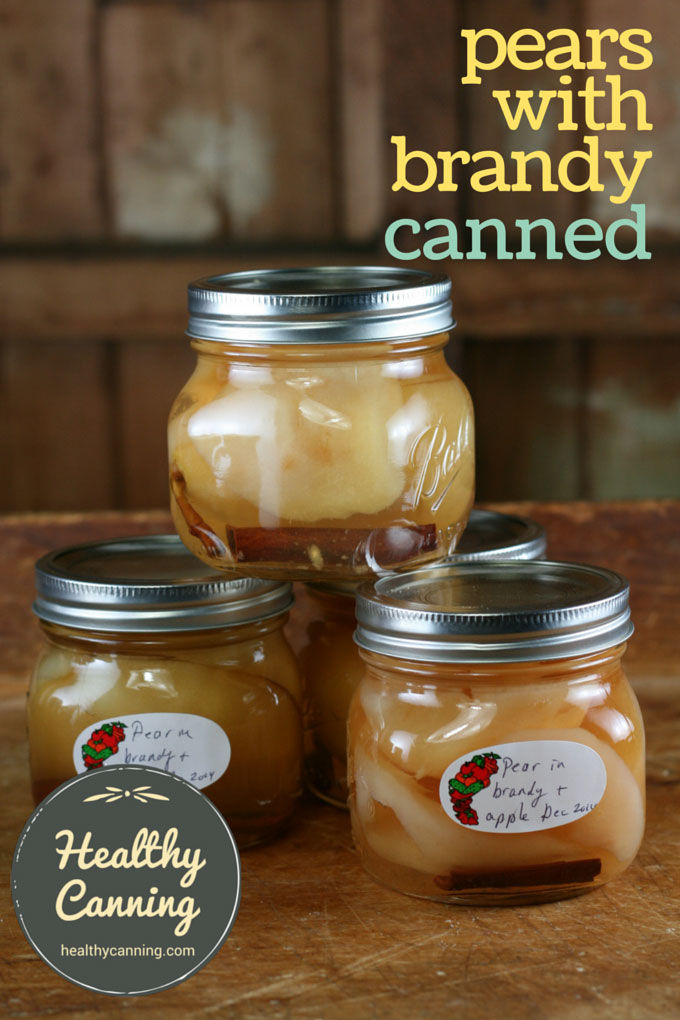