Home / Seasonal Winter / How to thicken your home-canned soups 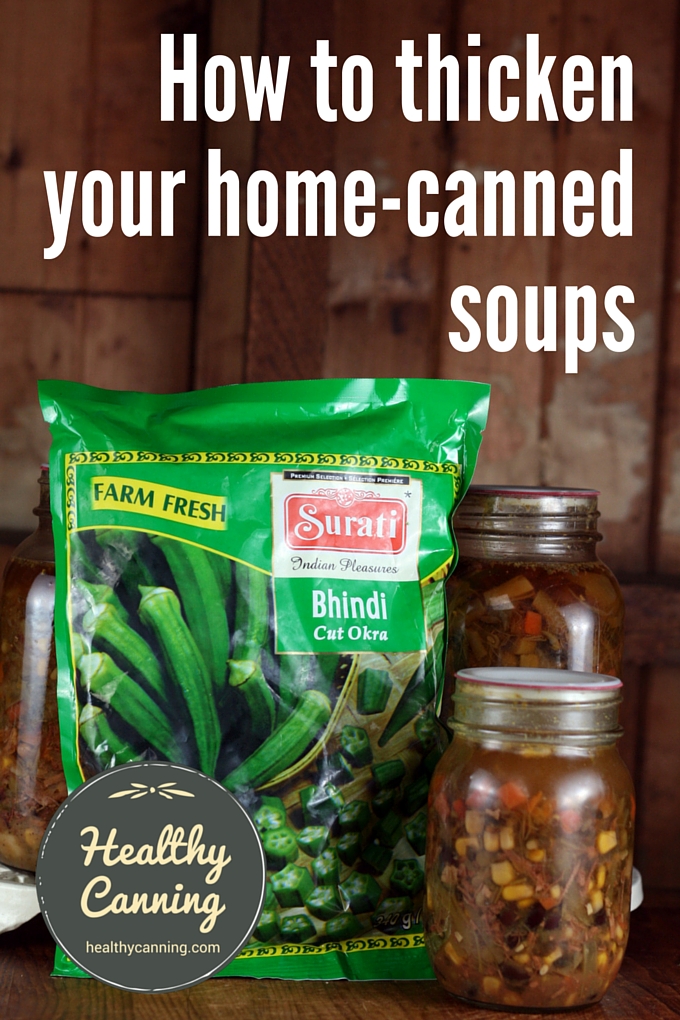 Thickening your home canned soups is, in general, a no-no, because it raises density issues which in turn raises safety issues.

That means no flour, no grains (whole or ground), no dairy.

There are, though, three approved ways in which you can safely thicken the soups that you make for canning as per the USDA soup guidelines. Or rather, three approved ingredients you can use which will have the effect of thickening your soups somewhat.

Both potato and beans release a lot of starch during processing, which helps to naturally thicken your USDA Soup Guideline soups.

Our current favourite way of thickening a jar of soup is after we open it. Just stir in ⅓ cup of SOS mix, then zap the soup in microwave as you would anyway: instant thick delicious soup. So make yourself some SOS mix! 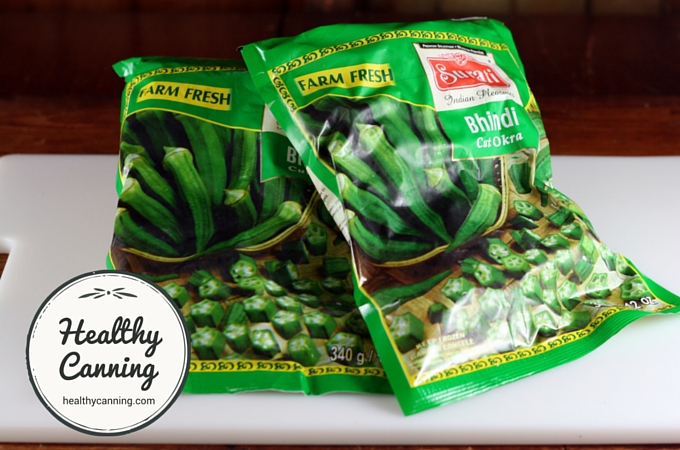 Okra is an ingredient that most people never think of adding to soups, but besides being a great ingredient in its own right, it also acts as a natural thickener to liquids.

It gives your soup a velvety richness, and adds “mouth-feel.”

And yes, it’s fine to put okra in your home canned soups as per the USDA soup guidelines. Kacey Christian at the National Center for Home Food Preservation wrote,

According to our recommendations for Canning Soup, okra can be used as an ingredient. The first step of the soup procedure is: ‘Select, wash, and prepare vegetables, meat and seafoods as described for the specific foods.’ … and we do have recommendations for Canning Okra . So you would follow the procedure for preparing okra for canning before adding it to the soup: ‘Wash pods and trim ends. Leave whole or cut into 1-inch pieces. Cover with hot water in a saucepan, boil 2 minutes and drain.’ ” [1] Christian, Kacey. If you haven’t stored your pressure canner for the season. Blog post by National Center for Home Food Preservation. 23 January 2013.

Bags of frozen okra are great to have on hand to toss into your soup mixtures to be canned. Just thaw them, then follow Kacey’s directions to “… cover with hot water in a saucepan, boil 2 minutes and drain” and then add them to your soup pot, then can.

Thickening your soup with okra is also a smart move calorie wise, as it adds very few calories. 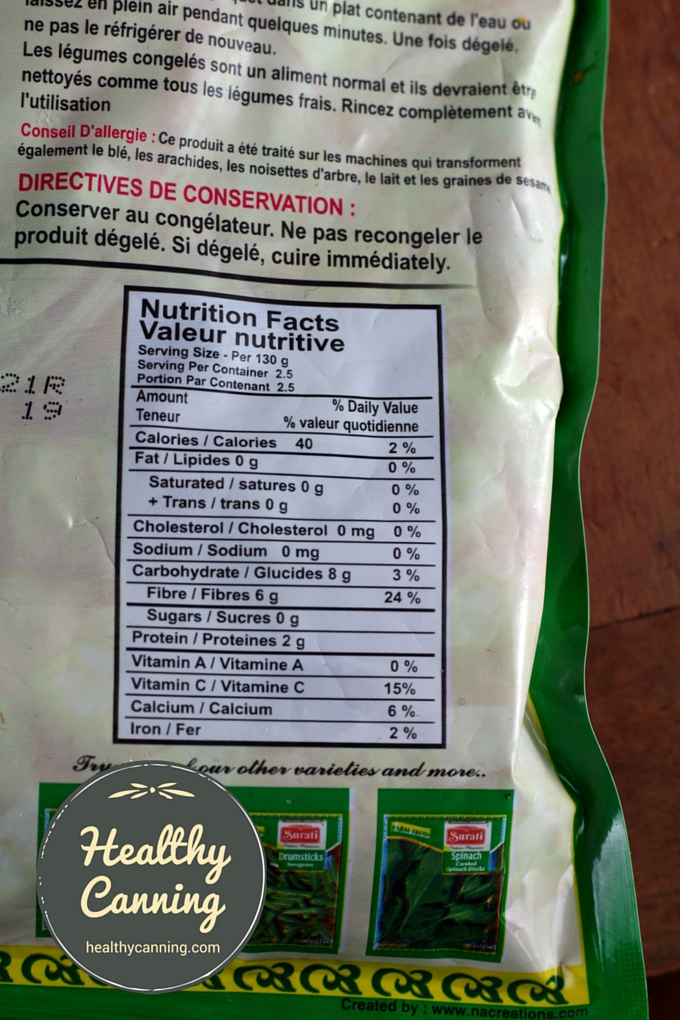 For two naturally thick soups that are fine to can because they have been separately lab tested, see Carrot and Fennel Soup and Pea Soup. 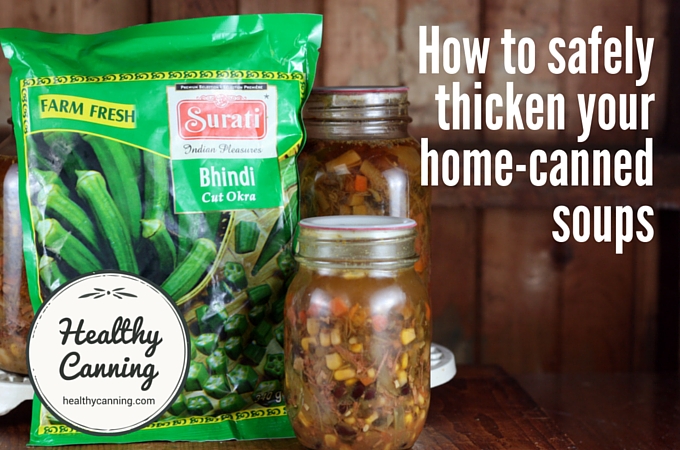