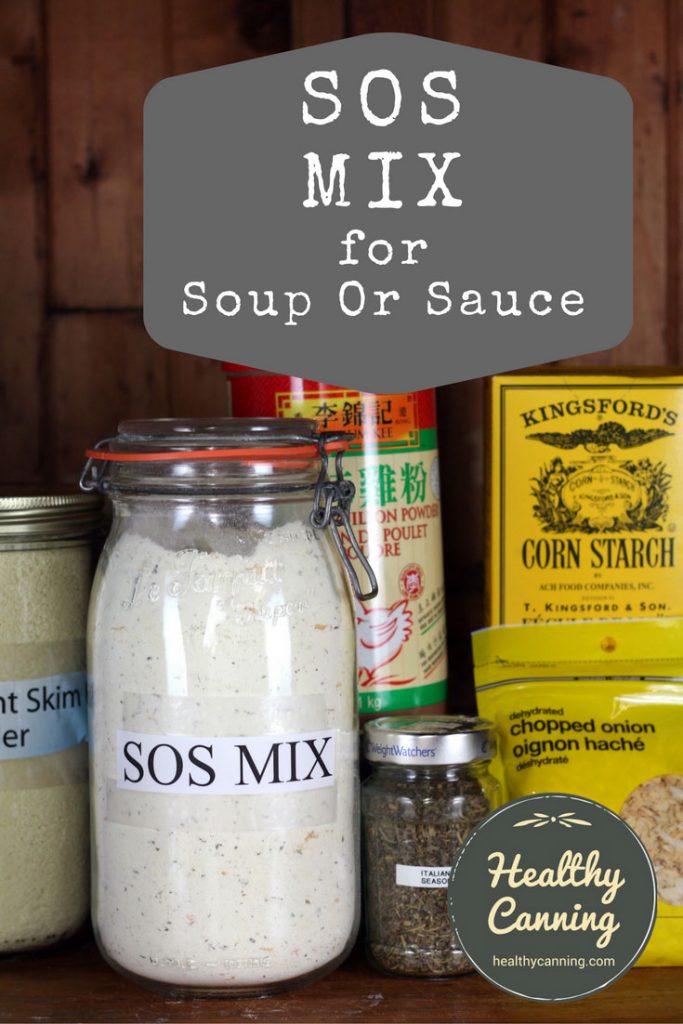 We just cannot say enough good things about this homemade dry cream sauce mix for soups and sauces. It’s called SOS mix, short for “Soup and Sauce.” It appears to have originated with the Best Foods company in the 1970s, and now is promoted even by various universities such as Utah State.

When mixed with a liquid, it makes a creamy base that can be used for anything from soups to sauces.

It’s fat-free, gluten-free, and wheat-free, and saves you loads of time and money. You can reduce the sodium in it by looking for lower-sodium bouillon powder.

If you use it to make cream soups with, the recipe gives you enough dry mix to make the equivalent of 9 x 300 ml (10.5 oz) tins of creamed soups just by mixing a small amount of it with a bit of water (directions below.)

To be clear, this is NOT a canning recipe. Do not can soups made with this. (Learn more about homemade soups for canning.) Rather, it is an aide in helping you make quick, healthy satisfying meals with your home canning.

We’re including this recipe in the ‘Cooking with Canning‘ section on healthycanning.com because, combined with your home canning, it can help you make meals that are even quicker, even healthier and even more delicious. 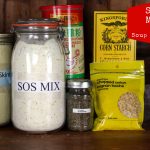 A dry mix for soups and sauces. It’s called SOS mix, short for “Soup and Sauce.” It appears to have originated with the Best Foods company in the 1970s, and now is promoted even by various universities such as Utah State.
Course Dry Mix, Soup
Cuisine American
Keyword Sauce
Prep Time 5 minutes
Cook Time 0 minutes
Total Time 5 minutes
Servings 1 2 ½ to 3 cups (350 g) of dry mix
Calories 143kcal
Metric - US Customary

To make up the equivalent of a tin of cream soup: combine ⅓ cup of dry mix with 1 ¼ cups of cold water (40 g with 300 ml water.) Whisk until well blended. Cook and stir on stove top or in microwave until thickened.

Or, use in recipes in varying amounts as indicated by those recipes.

This is also known as Master Mix for Cream Soup, and Casserole Sauce Mix.

Pork and pepper in cream sauce

The recipe was appearing in newspapers by 1975, with the credit given to the Best Foods company. 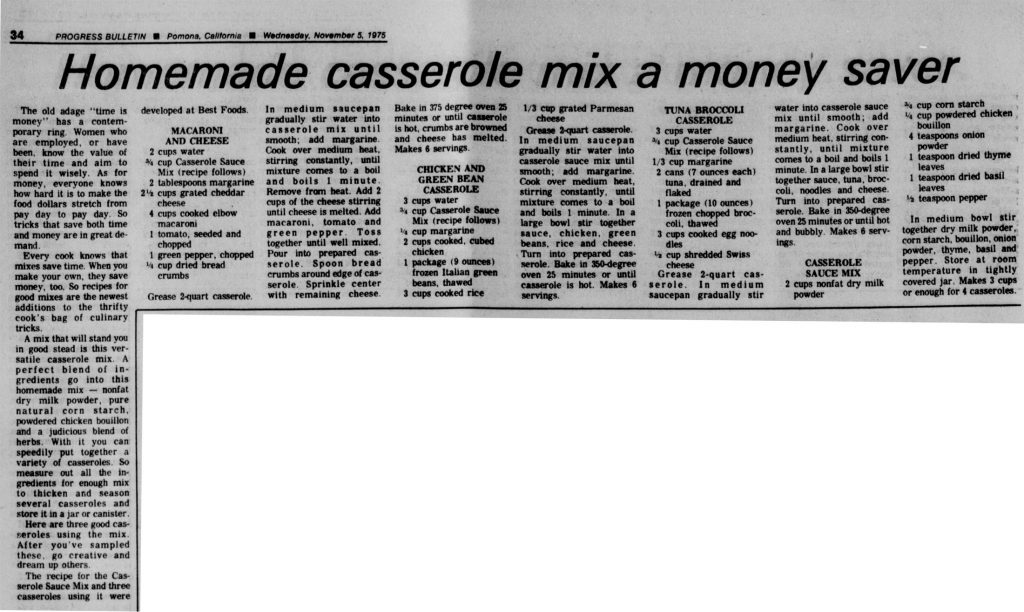 In the 1970s, the recipe called for onion powder rather than onion flakes, and, individual herbs instead of Italian seasoning mix.

By the 1980s, a version of the recipe had appeared calling for onion flakes instead of the powder. 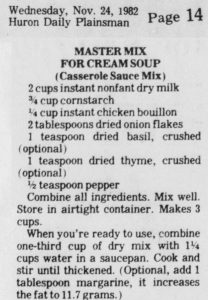 In 1986, it was carried in the book “The New American Diet” as “Homemade cream soup mix.”

The nutritional information below would apply if you mixed that amount of mix with 300 ml (1 ¼ cups  / 10 oz) of cold water to make a “tin” of cream soup. 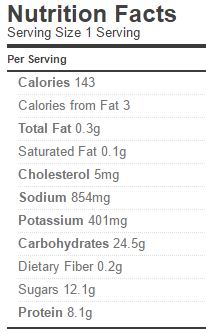 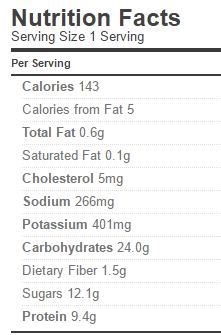 * PointsPlus™ and SmartPoints™ calculated by healthycanning.com. Not endorsed by Weight Watchers® International, Inc, which is the owner of the PointsPlus® and SmartPoints® registered trademarks. 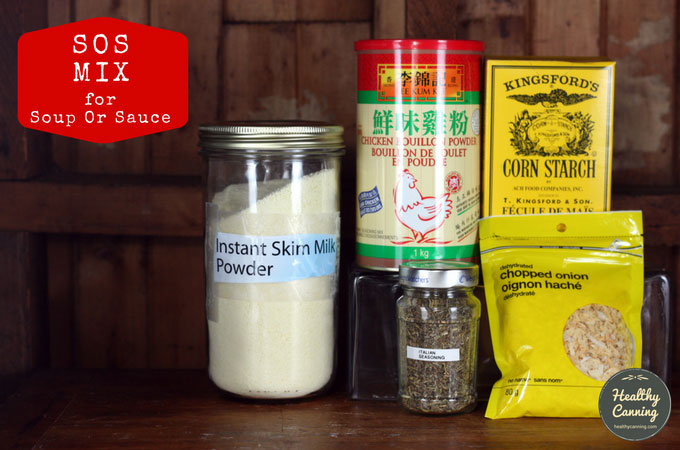