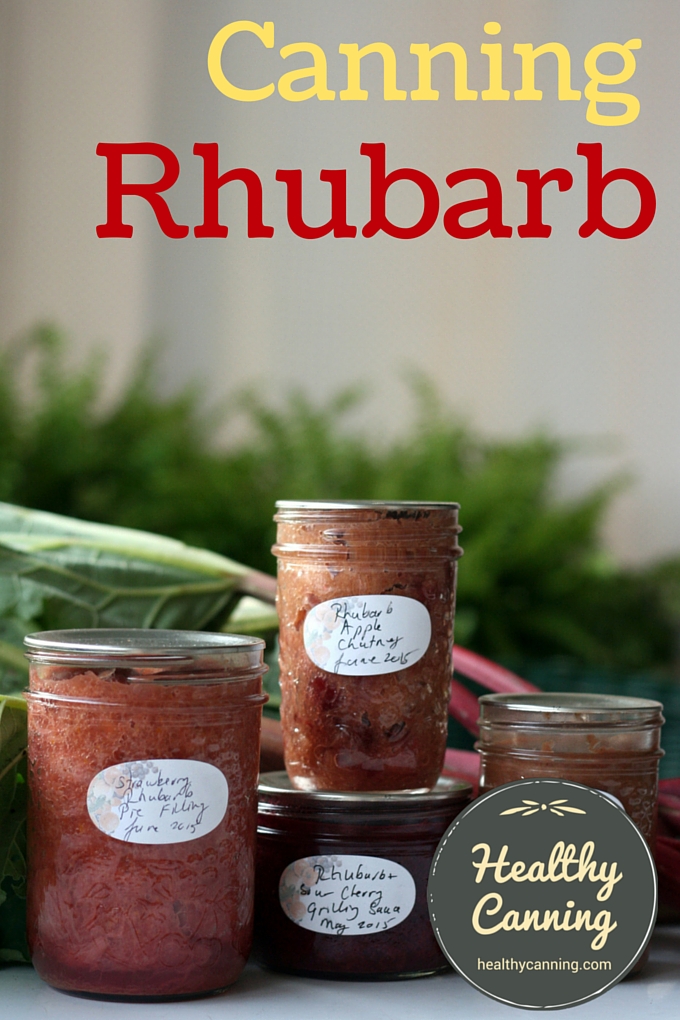 Here is our growing collection of rhubarb recipes for home canning.

For freezing directions, see “Freezing Rhubarb” over on the site for the National Center for Home Food Preservation.

A general word about rhubarb

Rhubarb is one of those ingredients that is like prized gold to home canners.

Rhubarb used to grow in abundance like a weed in people’s backyards and at the sides of houses and paths, prospering through neglect. It’s long since fallen out of fashion with foodies, and been dug out to make way for more fashionable plants, or, the backyards built over to increase urban density.

Consequently, in stores it’s now quite pricey, and it’s very rare to get it for free from someone who begs you to take bags of it away and use it. It’s joined the ranks of green tomatoes as an ingredient people plot how to get hold of.

It’s a hardy plant and will do well with little care in a sunny spot. If you do ever decide to plant your own, bear in mind that the plant will need at least three years before it will produce crops in abundance. Iowa State Extension has solid advice on planting and harvesting rhubarb (it’s a myth that you can only pick it in the spring.)

Whatever you do, do not eat, let alone can, the leafy part. Rhubarb “greens” are highly toxic. Use only the stalks. During WW1, overly-eager Extension Agents encouraged Americans to eat rhubarb leaves as a supplement to fresh vegetables, which added a few home front casualties to the overall toll of the war.

See here for more general information and history about rhubarb. 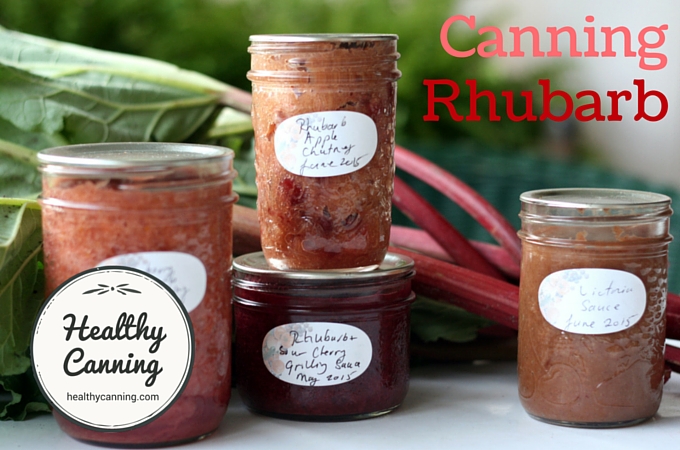