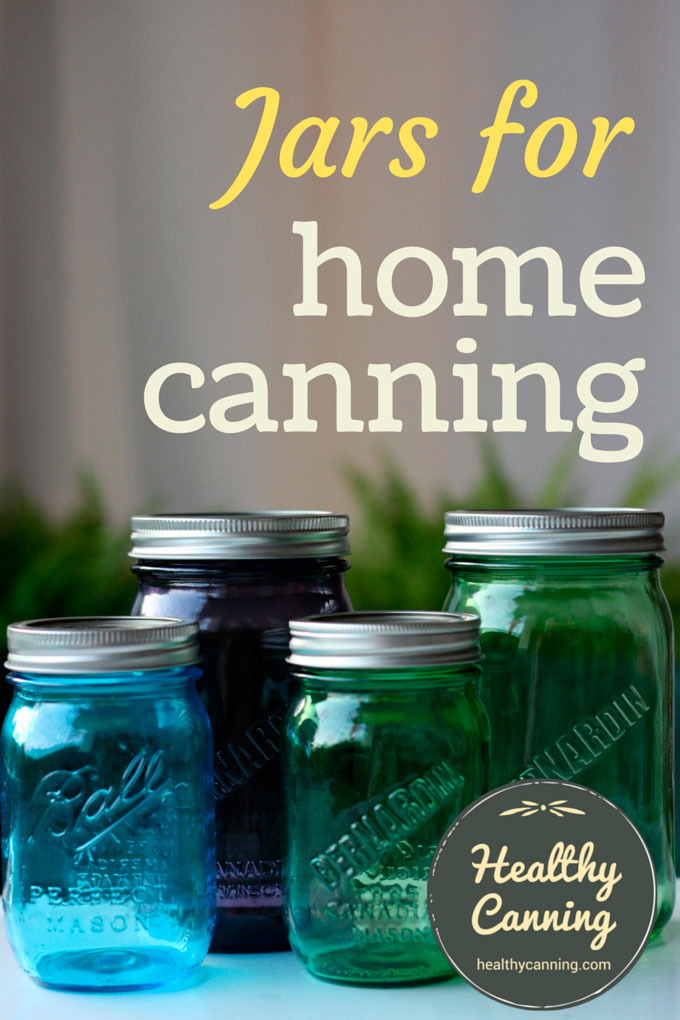 Jars for home canning must have several characteristics including being made of heat-safe, food-safe glass intended for continual re-use, and having a re-usable lid system that can hold a vacuum seal reliably.

If you’re someone who home preserves regularly, jars are something you will be periodically buying.

Sometimes a new design of jar will come on the market that catches your fancy. Sometimes you’ll need to expand your inventory to handle a bumper crop of something that has come your way. And sometimes, you’ll buy just to replenish your existing stock. Everyone’s “herd” of canning jars shrinks overtime owing to give-aways that don’t find their way back home.

When giving someone a jar of something for the first time, it’s usually fine to say with a smile, “the jar’s re-usable for ever, so bring the jar back for refills!” Not everyone knows that anymore, and many well-meaning people toss them in recycling. It won’t always work, but it does improve the odds of jars coming back — eventually.

Considering keeping empty jar boxes, if you have the storage space, to store jars for next season as they get freed up. Keep the outside plastic wrapping around the bottom and sides of the box intact to strengthen the box. Store the jars upside down in their boxes. This keeps dust, debris and critters out of the jars.

U.S customs pretty much only recognizes Mason jars as “preserving jars” for the purpose of duties and import charges:

Customs proposed that the principal use for the class ‘preserving jars of glass’ is jars purchased and used for home canning only. Further, there are identifiable characteristics that are indicative, but not conclusive of the principal use of glass jars classifiable as ‘preserving jars of glass’. These would include glass articles of any shape that are between .23 and 2.2 liter sizes, and are the shape and height of regular and wide-mouth ‘Mason-type’, threaded, home-canning jars with self-sealing lids. Generally, the standard jar mouth opening is about 2\⅜\ inches with wide mouth jars having 3 inch openings. ‘Mason-type’ jars have narrower sealing surfaces and are tempered less than most commercial pint and quart-size jars. …. Glass articles with wire bails and glass or porcelain caps or lids were considered not classifiable as ‘preserving jars of glass’ as their physical characteristics do not allow them to be recommended for home canning use.”  [1] Department of the Treasury Customs Service. Tariff Classification of Imported Glassware. Federal Register Volume 61, Number 2 (Wednesday, January 3, 1996). FR Doc No: 95-31593. Pages 223-229. https://www.gpo.gov/fdsys/pkg/FR-1996-01-03/html/95-31593.htm

A part of Mason jar history that today’s manufacturers don’t necessarily bandy about is the jars’ link with booze:

It was the ratification of the 18th amendment in 1919 that really started things rolling [for mason jars.] This time the unlikely demographic [for them] was moonshiners. During prohibition… these homegrown entrepreneurs saw the benefit of storing and selling their wares in Mason jars, as they provided a known quantity. A quart jar was a quart jar, no matter if it contained tomatoes or white lightning. … So entwined are the histories of moonshine and Mason jars that several myths have blossomed from their union. First, it was said that moonshiners were so influential on the Mason jar business that companies like Ball manufactured square jars to be more packable… ” [2]Moser, Joann. Mason Jar Nation: The Jars that Changed America. Cool Springs Press. 2016. Page 20. 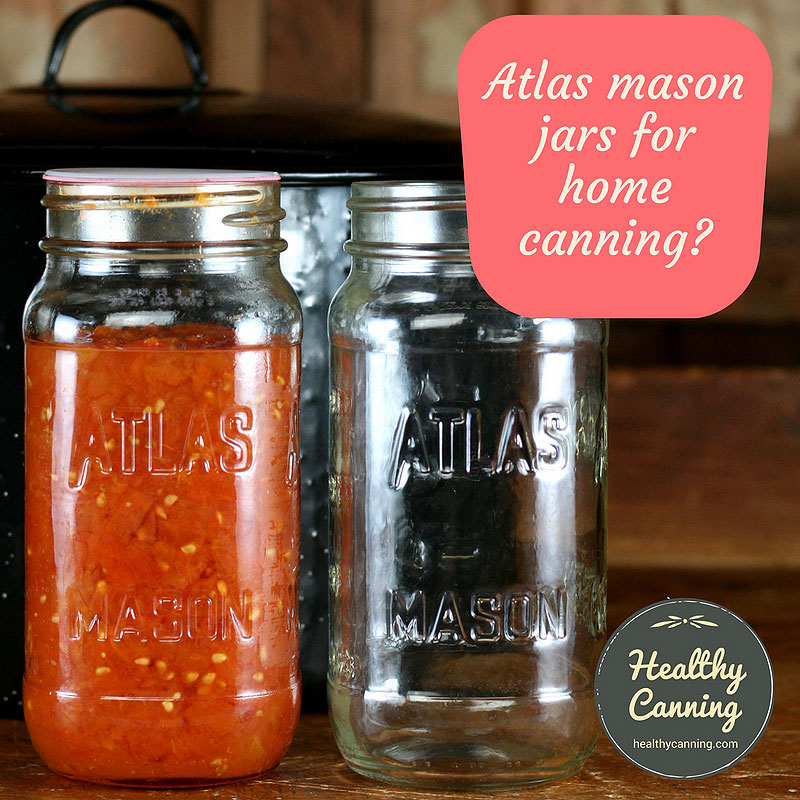 The Hazel-Atlas Company was an actual company from 1902 to 1964.  They made actual Mason jars for home canning. But the Atlas "Mason" jars that you see now pasta sauces, etc., sold in are not actually made as actual, genuine Mason jars. 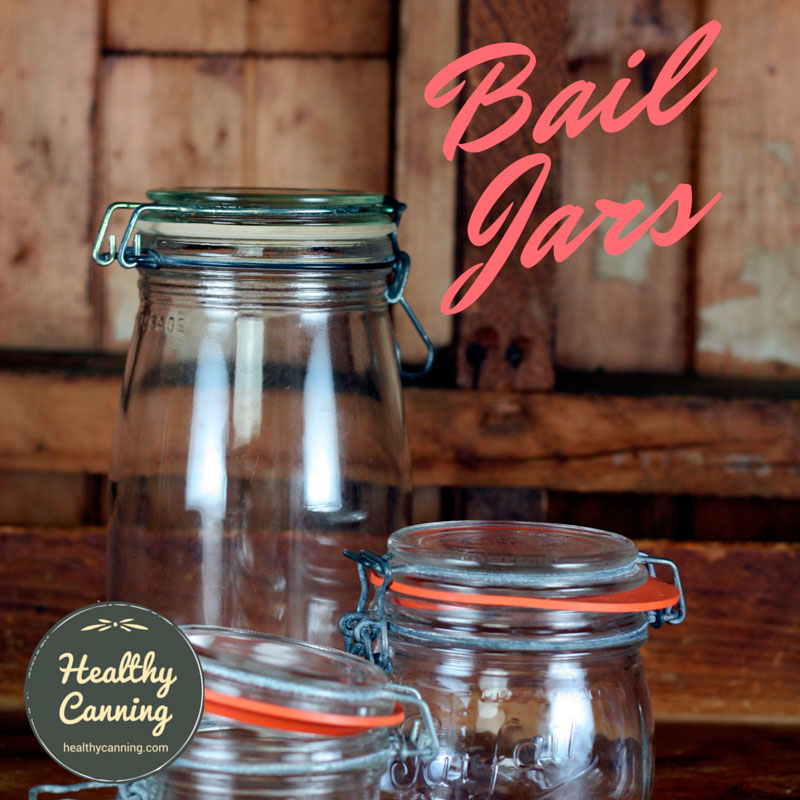 Bail lid jars have a two-part wire clasp attached to the top of them. Older-style U.S. made bail jars from the first half of the 1900s offered weak clasps. Le Parfait jars operate on a similar principle but with better-made bails. 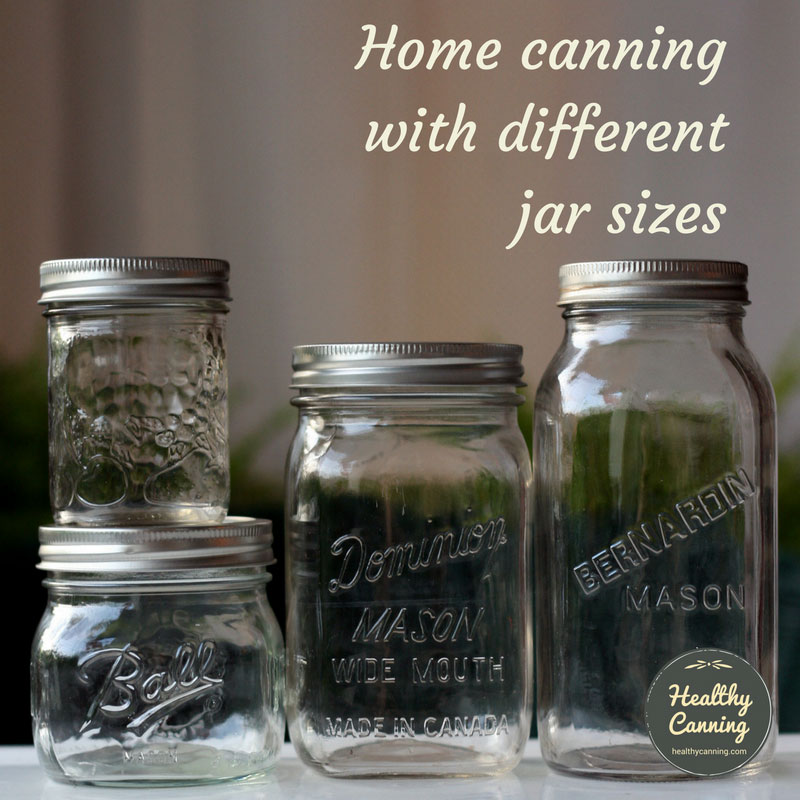 When can you change the canning jar size that a tested recipe calls for? Here are the guidelines. 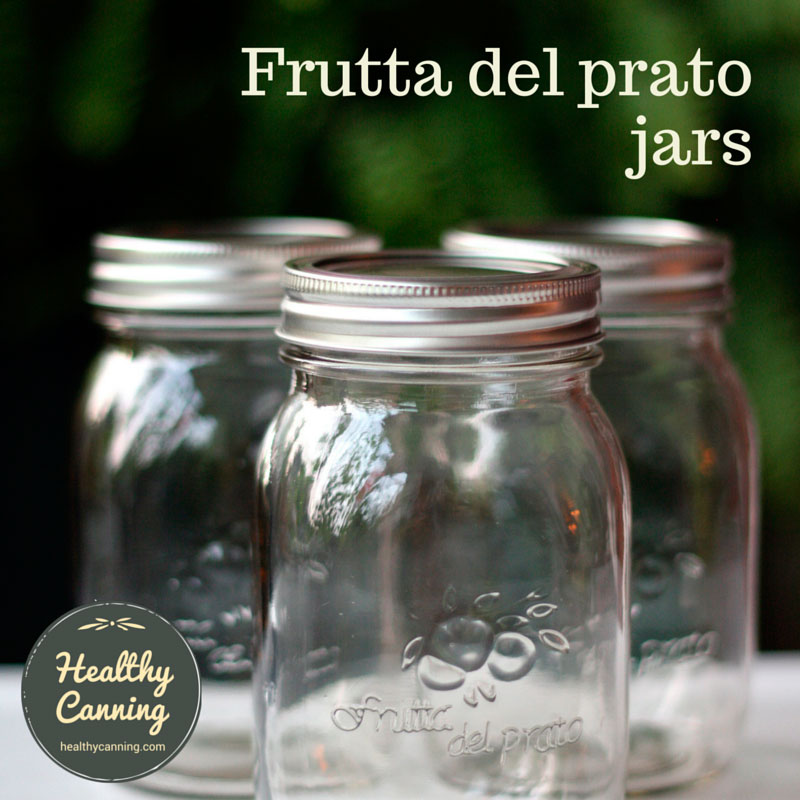 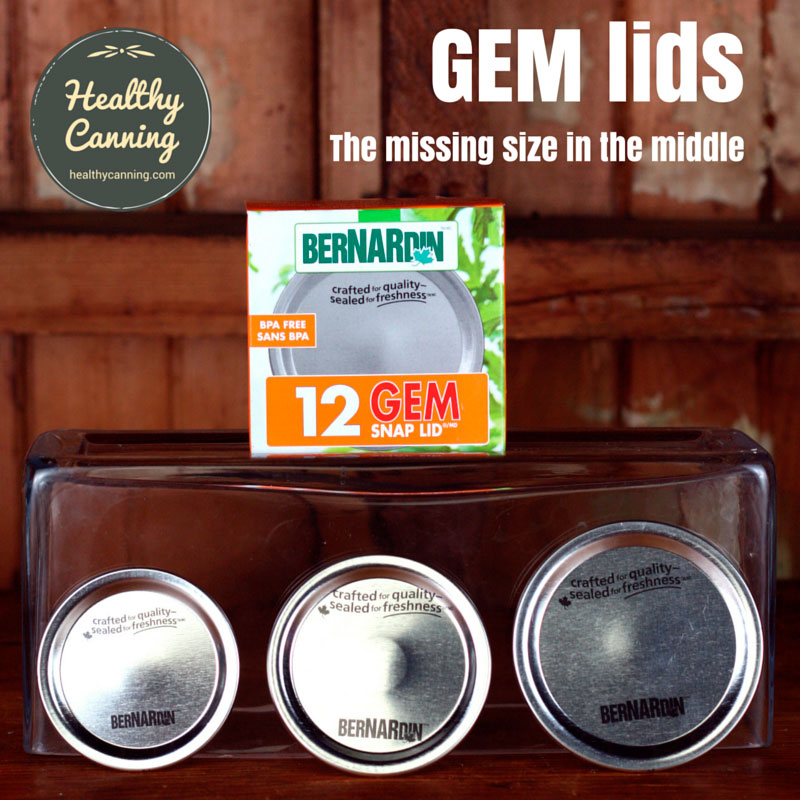 Gem jars had a mouth size of 78 mm, between that of regular and wide-mouth jars. They worked with both older and newer lid systems and as a result the sturdy, heavy canning jars were passed down from generation to generation for re-use. 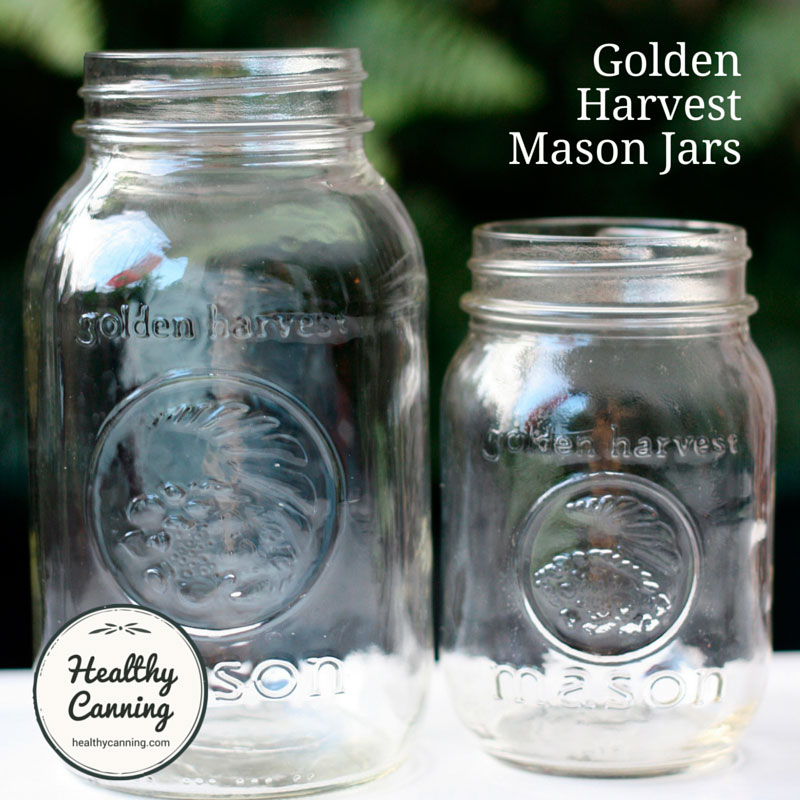 Golden Harvest brand Mason jars for home canning are a lower-priced line of Mason jars sold by the Newell Corporation, which also owns Ball, Bernardin and Kerr jars. The jars are sold in Canada and the U.S. 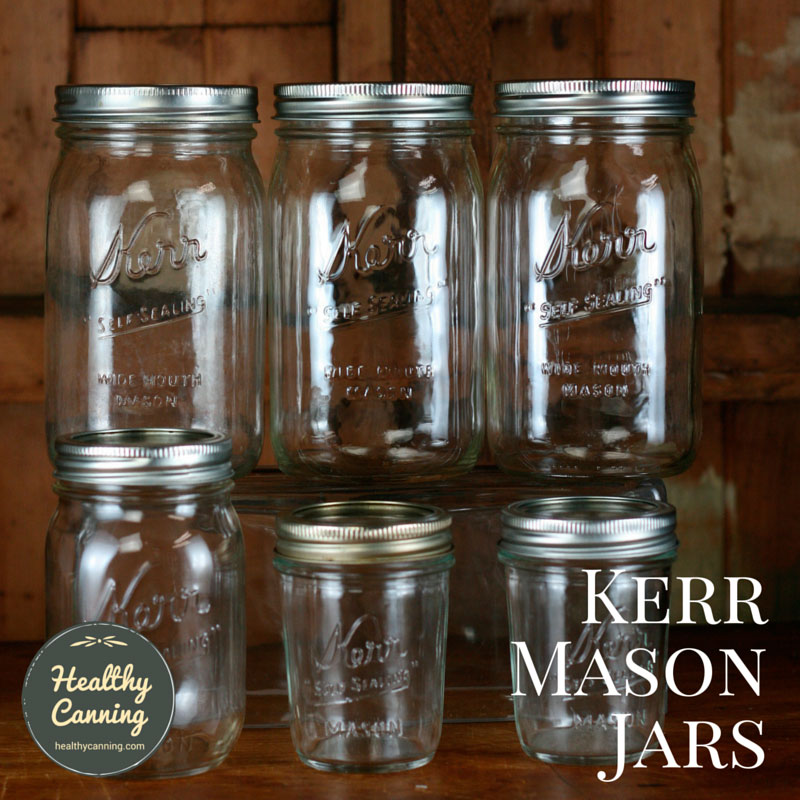 Kerr is a range of Mason jars for home canning. They were the first company to develop the two-piece, self-sealing canning lid which is now standard. 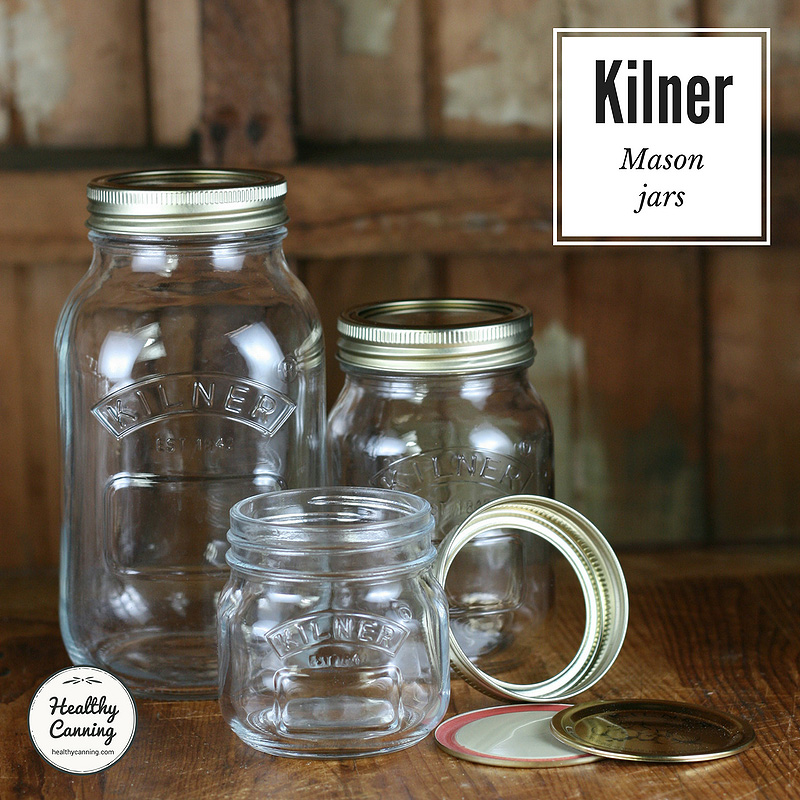 Kilner is an English brand name of home preserving supplies. The home canning jars are made in China. 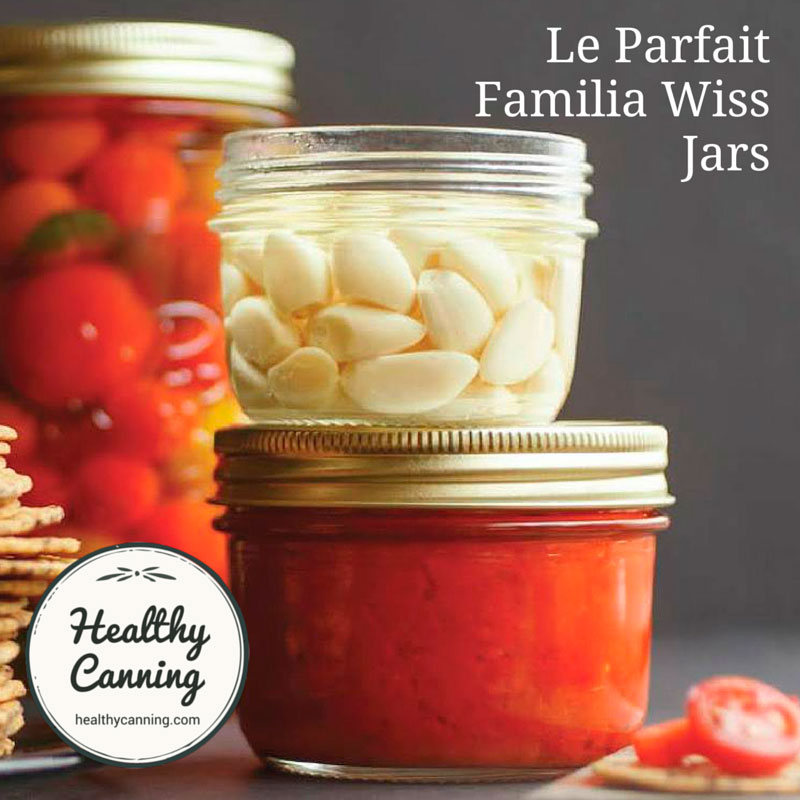 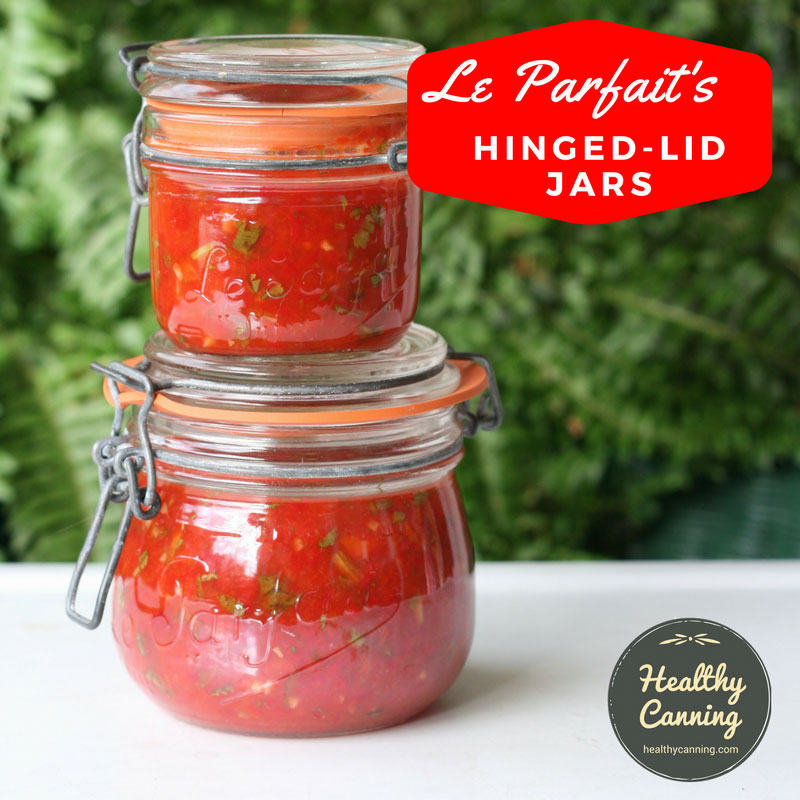 Le Parfait is the classic French maker of hinged-lid jars. These jars are ideal for refrigerated and dry shelf storage, and have very user friendly extra-wide mouths. 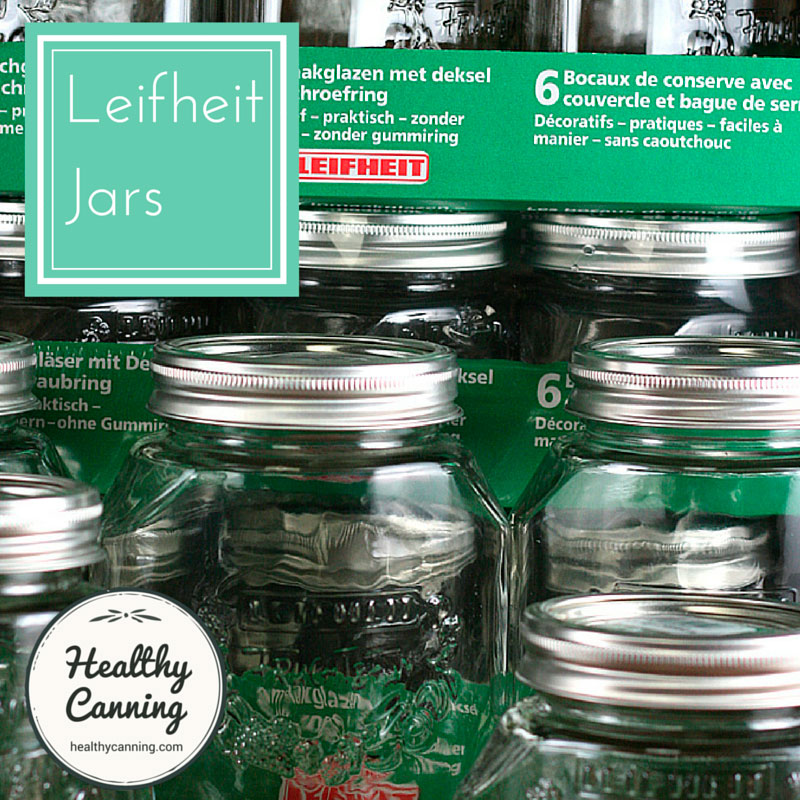 Leifheit jars are very sturdy preserving jars from Germany. They work with standard, 2-piece wide-mouth lids and can be used for both water-bath and pressure canning. 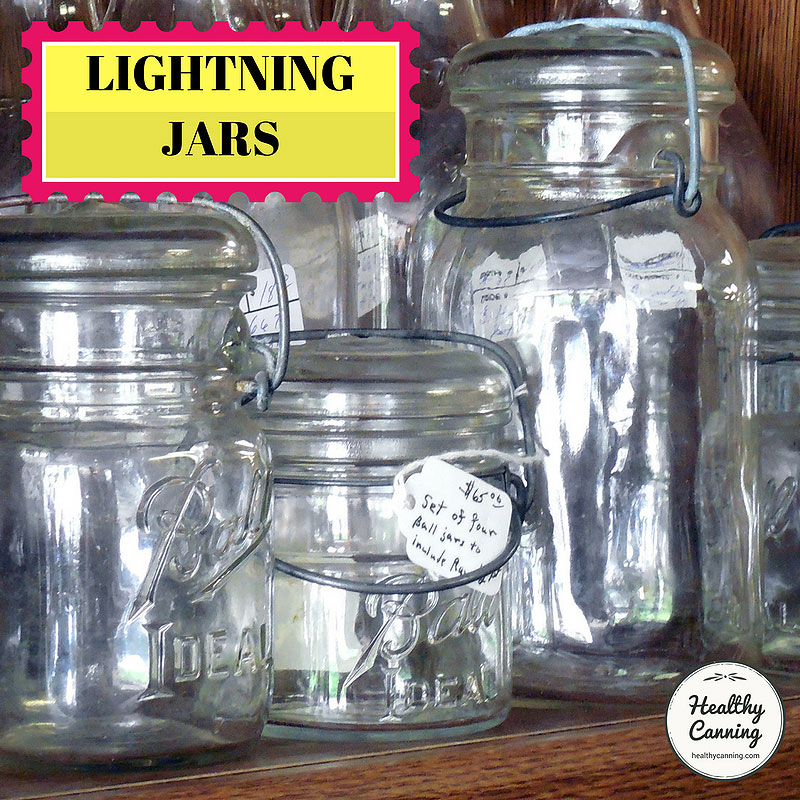 A lightning jar was a type of jar made for home preserving in the first half of the 1900s. The name came from the "lightning" wire closure on the jars, which was supposed to imply "fast" to open and close. 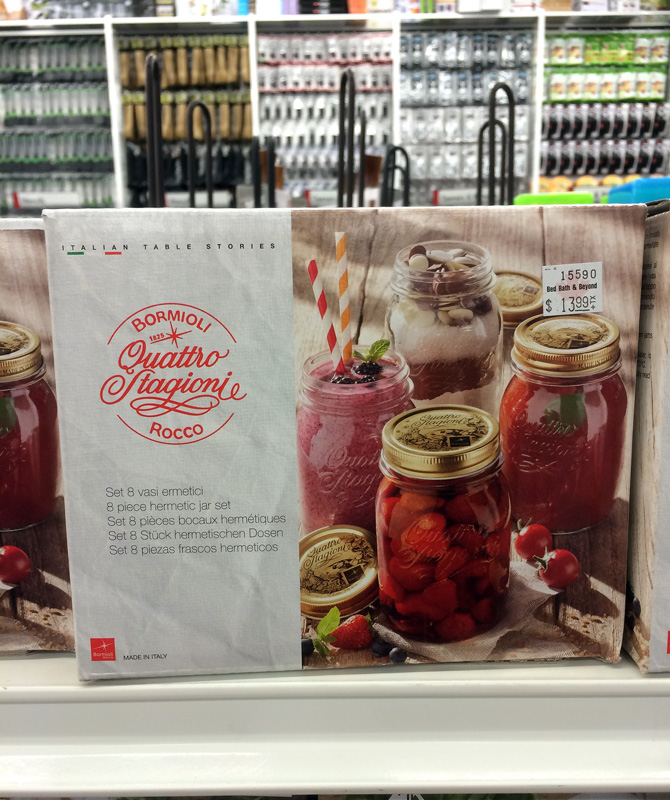 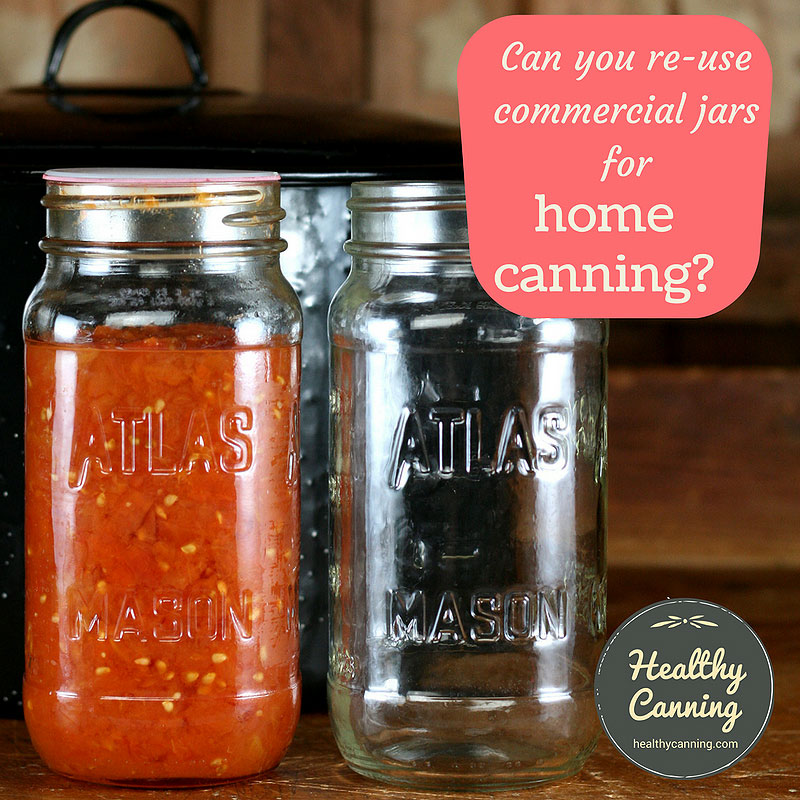 Can you use recycled glass jars as canning jars? The answer depends on who you ask, and revolves around operational safety, rather than food safety. 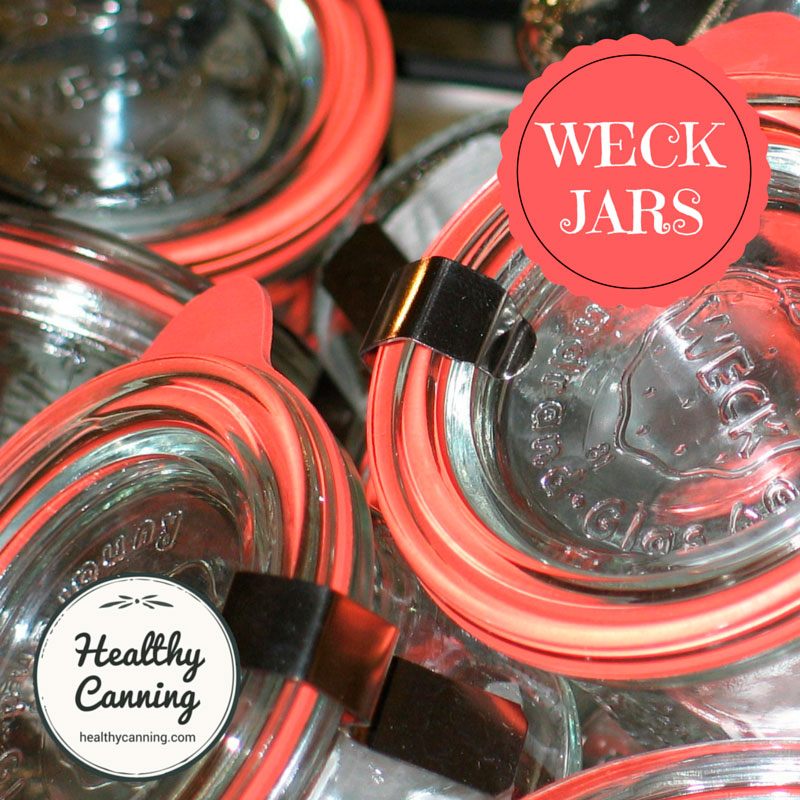