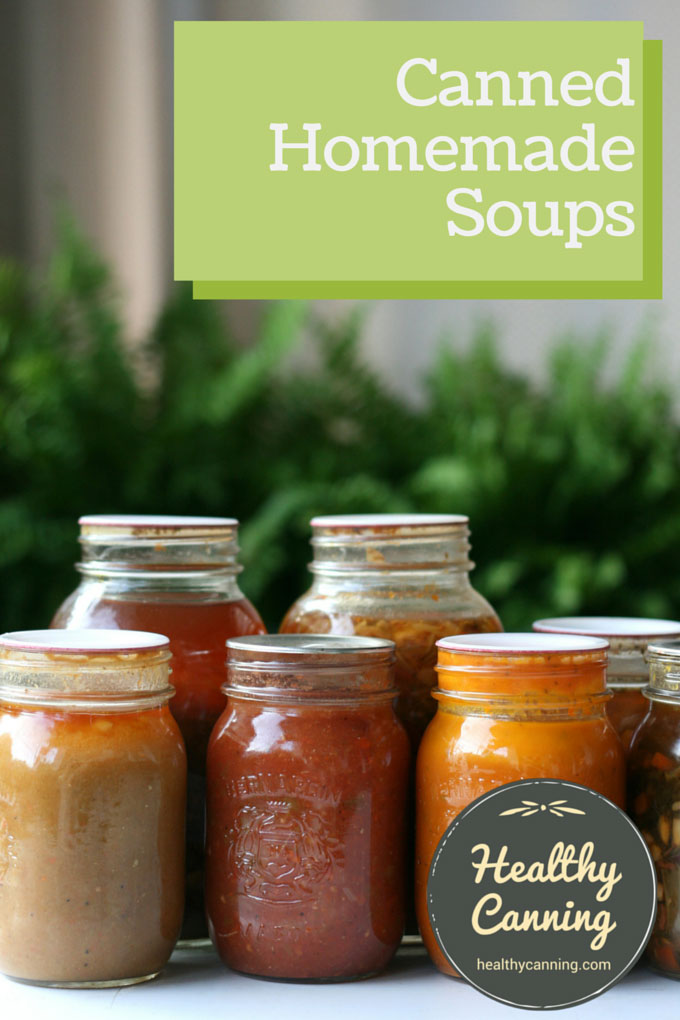 There are two categories of recipes for home-canned soups.

There’s the “free-wheelin'” recipe guidelines from the USDA, which give a creative cook a set of safe guidelines inside which to create a limitless range of wonderful soups of varied flavours. We call this the “your choice” canned soup guidelines.”

And there are fixed soup recipes, which you need to pretty much follow to the letter. 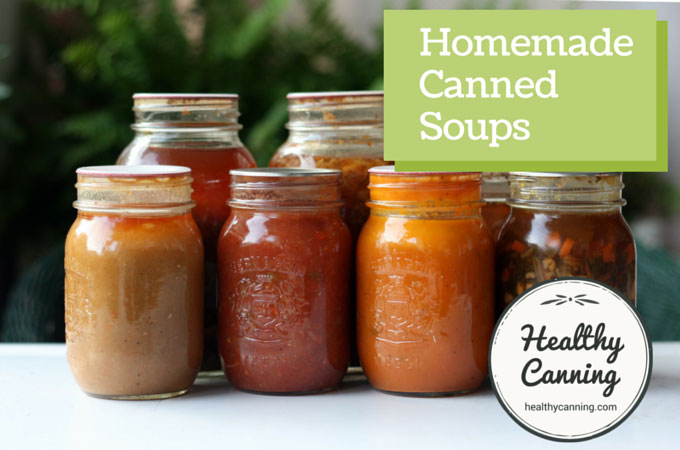 For the most part, university extensions will just repeat the USDA’s “your choice” soup guidelines.

There are no other reputable sources that we are aware of for safe, lab-tested soup recipes. 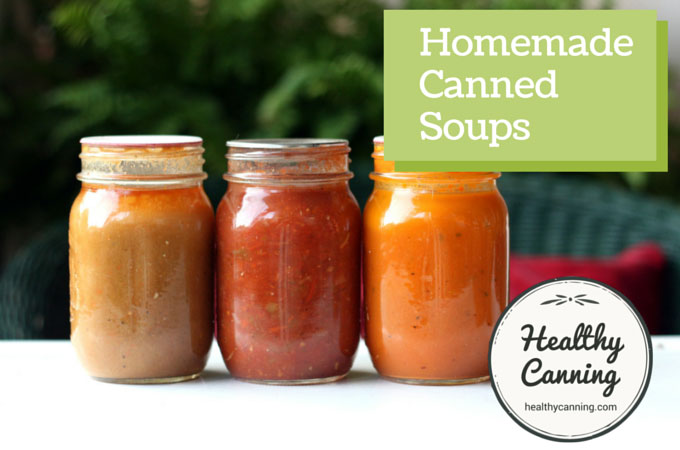 The USDA’s “your choice” guidelines require you to adhere to some rules. The USDA’s guidelines say, for instance, not to can thick, puréed soups, because density is normally a problem in ensuring the safety of home-canned soups.

Some soup recipes, though, from Bernardin and Ball break both the puréed and thick guidelines. For instance, they give a recipe for a split pea soup that turns out thick and dense, and a recipe for a puréed carrot soup.

That’s okay though: those particular recipes were lab-tested with jars that had been inoculated with bacteria and then heated with heat sensors in the jars to ensure all the bacteria were killed.

So, while puréeing is generally a no-no, if Ball or Bernardin say a soup should be puréed, then it’s safe to do so and you should. Again, the difference is, they had lab equipment to test.

The University of Georgia has released a recipe found nowhere else, “Spicy Tomato Vegetable Soup.”

Here’s a link to the fixed soup recipes for canning we have listed so far.

Most soup recipes are for pressure canning. Here is a list of soup recipes from reputable sources that can be water-bathed. 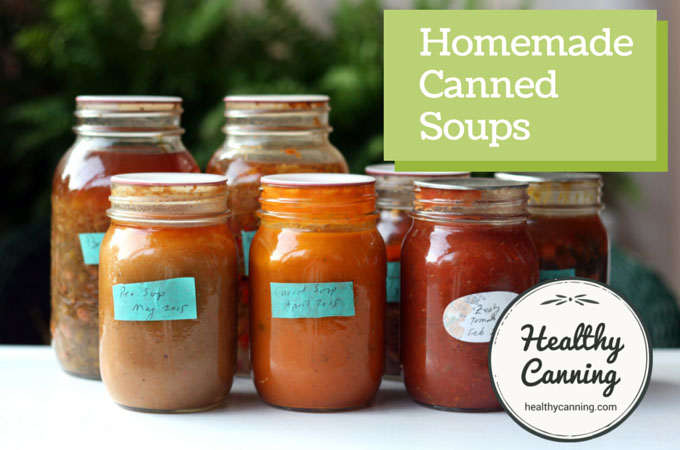 What to avoid in home canned soups

Penn State says, “Creamed soups are not suitable for home canning because their ingredients interfere with the proper transfer of heat during the processing step.” [1] Making Soup Safely. Blog Entry. Penn State Extension. 22 October 2012. Accessed March 2015. Penn State should have added this proviso: unless it’s a lab-tested recipe from a reputable source.

Penn State also says, “Avoid canning pumpkin, winter squash, broccoli, or cauliflower soup. These pack together and contain ingredients that interfere with safe processing. There are no scientifically research tested recipes for these soups.” [2] Ibid.

Avoid canning tomato soup in a thickened or creamed state. Feel free to do what you will to it once you open the jar, though! Zap in microwave, and stir in a few dollops of thick, non-fat Greek yoghurt. Or stir in a bit of DIY SOS Mix. Delicious! 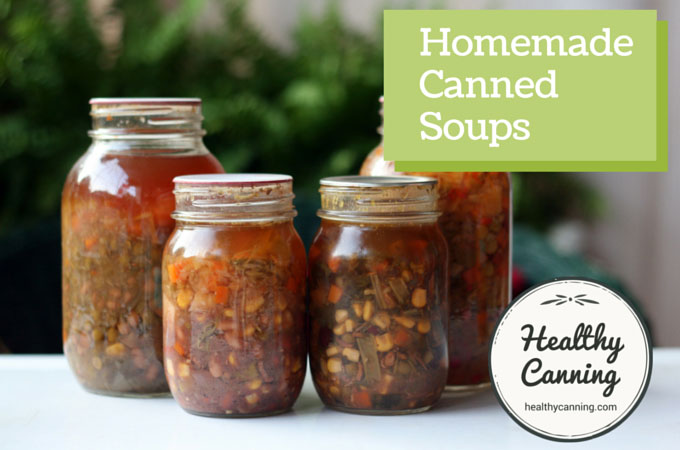